Love Me And Leave Me

I believe in heroes, I believe in stars
I believe that we'll meet one day,
Say hello in some astral bar

Artwork details:
The Love Me And Leave Me artwork is from 'Pink Apache' (1997).

Liam Gallagher dedicates Cast No Shadow at Maine Road (27th April 1996) to Squire, who had recently quit The Stone Roses.

The Seahorses toured Canada and the U.S. in August 1997 and recorded tracks for this single in Los Angeles. Love Me And Leave Me, the third single from Do It Yourself, is a tame Lennon-derivative collaboration with Liam Gallagher. It was written at the Oasis frontman's house after the pair watched Manchester United defeat Liverpool 1-0 in the F.A. Cup final in May 1996. On that day, Liam asked John if he would like to feature with Oasis at some point, and in August of that year, Squire duly made a guest appearance for two songs with Oasis at Knebworth. 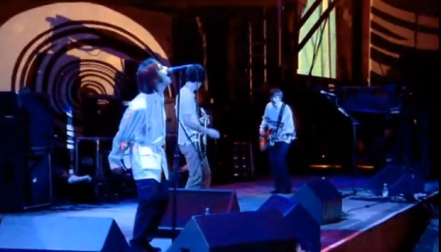 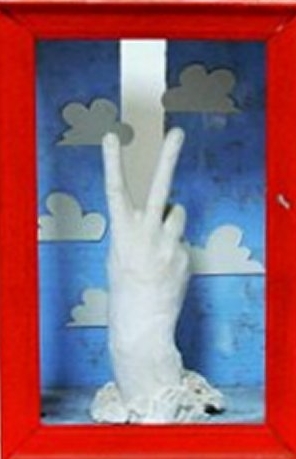 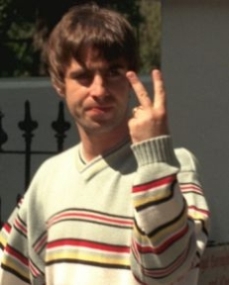 Ain't it a curious thing that in all these 'organised religion' bashing efforts, the speaker never has the cojones to include Islam (heck, there is prime rhyming potential there with Jah !). Ah, but straight out of the gate is Christianity (followed hot on the heels by the perennial 'organised religion = war' canard). For release in the American market, the song's opening was changed to "Don't believe in censors / Have we gone too far ?". Ow, I almost cut myself on all that edge. This self-congratulatory, imagined 'pushing the religious envelope' is absolute horseshit. Throw a bit of Islam into the mix and go busk that song on a street corner in Ramallah or Riyadh. Your sorry ass would be in Chop Chop Square within two minutes. Don't believe in impunity. Have I gone too far ? 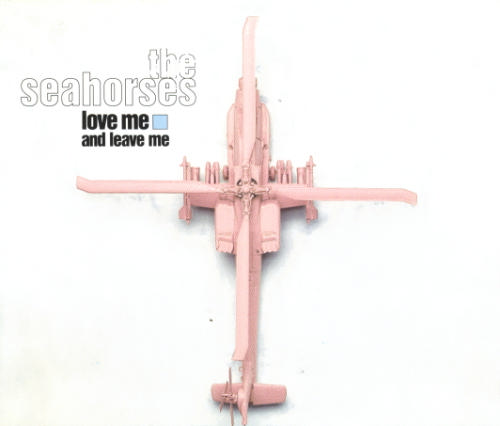 Love Me And Leave Me CD cover. "I did it in a New York hotel room. It was so uncomfortable, because it was so hot, so I did it in my underpants and a spray mask. Made a mess of the room." (John Squire speaking about 'Pink Apache' to Select magazine, November 1997).

Back To Do It Yourself