Straight To The Man

Who'll cast the first stone ?
Skin to the bone
Bring it all on home
Bring it on for Jerome

So I'm singing to Kingston
Your teaching it's on
They say it's a fable
Though I was made able
I slipped through the net
Wanna bet it's a ramble, a sandstorm
One slip you know you'll never forget
Who could ever forget ?
You know I never forget

Oh you know they're trying to fade you

Take up the White Man's burden
Send forth the best ye breed
Go bind your sons to exile
To serve your captives' need;
To wait in heavy harness,
On fluttered folk and wild
Your new-caught, sullen peoples,
Half-devil and half-child.

Opening stanza of 'The White Man's Burden'* (1899) by Rudyard Kipling.

"I read The Bible whenever it takes me. I read Exodus a lot during the Gulf War, when we were recording in Wales. It hit home cos here was this rich family who was bringing the biggest army in the world to kill poor people. We couldn't do anything to stop it."
(Ian Brown speaking to Melody Maker, 13th May 1995) 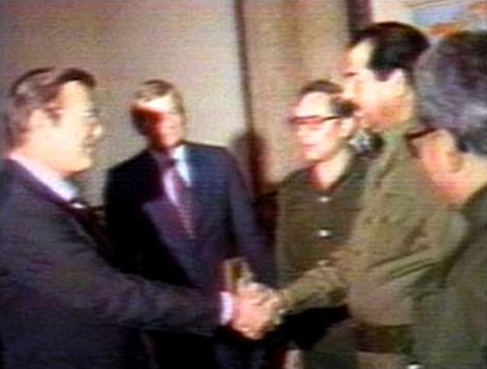 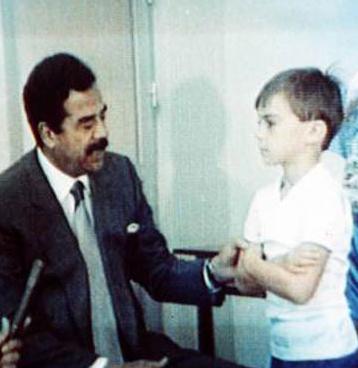 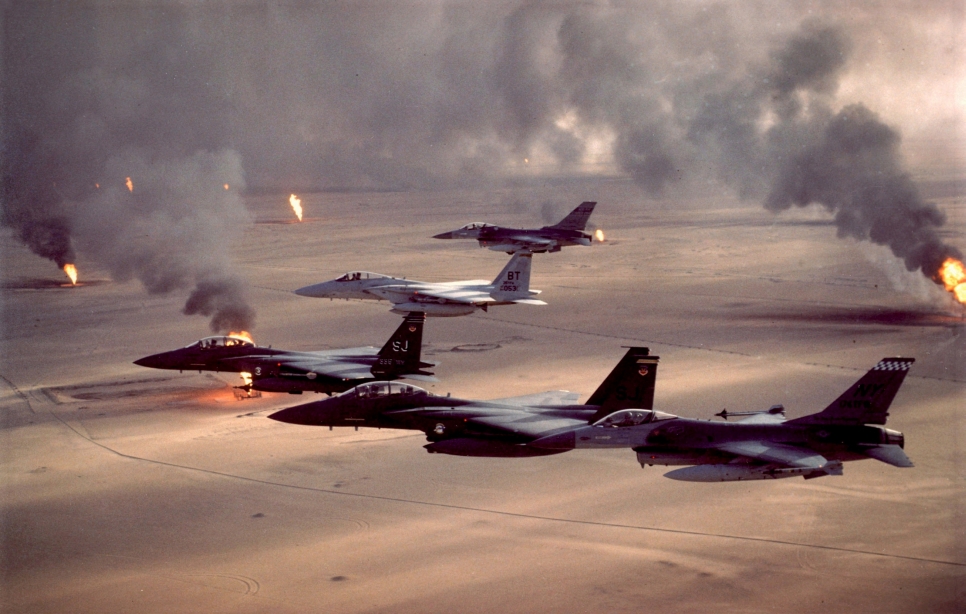 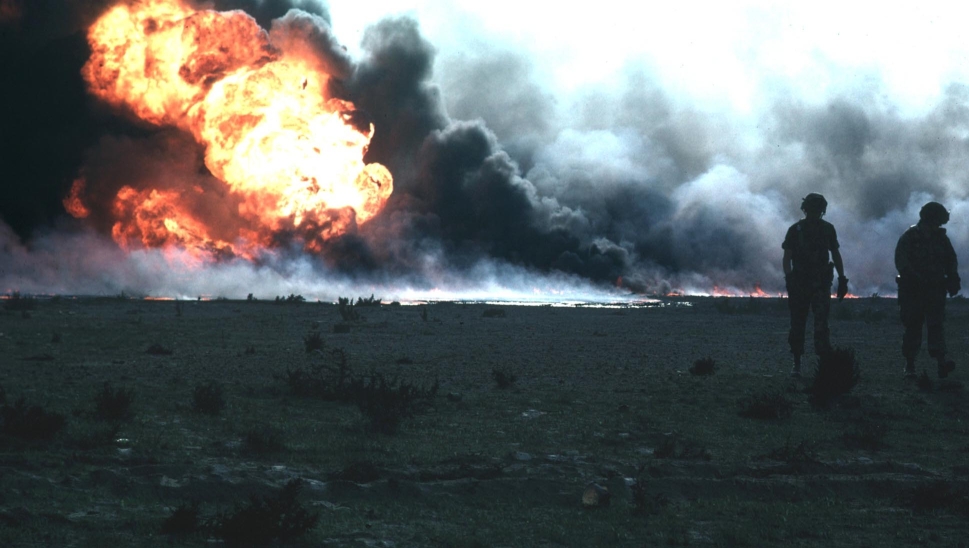 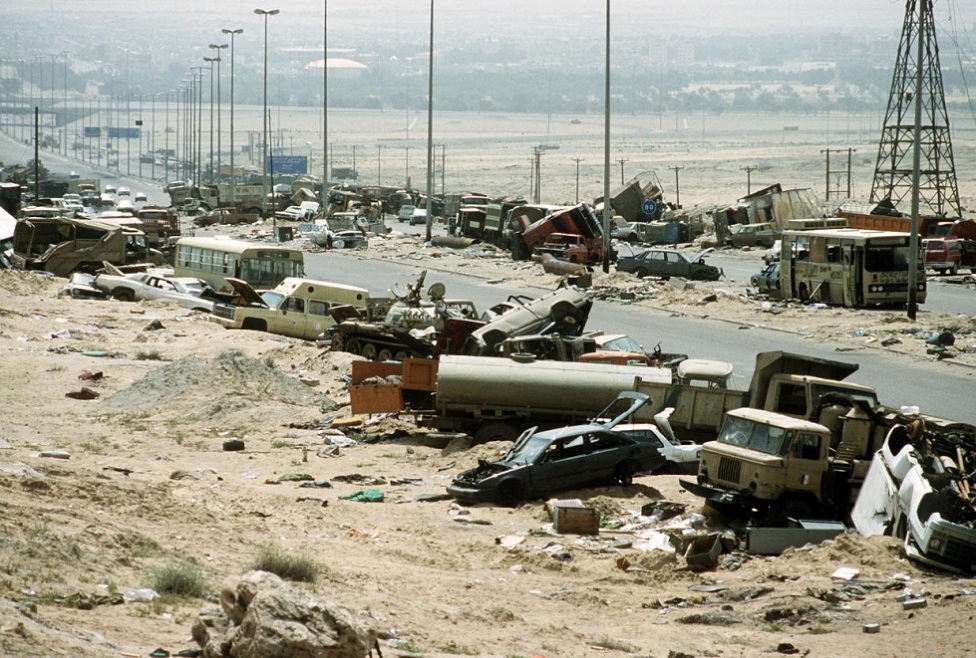 Top left: Donald Rumsfeld, Ronald Reagan's special envoy to the Middle East, meeting with President Saddam Hussein during a visit to Baghdad, Iraq in December 1983, during the Iran-Iraq War. The US remained officially neutral after the invasion of Iran that became the Iran-Iraq War, although it assisted Iraq covertly. In March 1982, however, Iran began a successful counteroffensive - Operation Undeniable Victory - and the United States increased support for Iraq to prevent Iran forcing a surrender. Iran's new found success in the war and its rebuff of a peace offer in July worried the US but an obstacle remained to any potential US-Iraqi relationship - Abu Nidal continued to operate with official support in Baghdad. When Iraqi President Saddam Hussein expelled the group to Syria at the United States' request in November 1983, the Reagan administration then sent Rumsfeld to meet Saddam Hussein as a special envoy and to cultivate ties.
Top right: In the Fall of 1990, Saddam Hussein detained several Westerners and paraded them on state television. The most famous of Saddam's 'guests' was a five-year-old boy named Stuart Lockwood, who - unlike Rumsfeld - stood with crossed arms, refusing to sit on the dictator's lap.
The Gulf War (2nd August 1990 - 28th February 1991) began with the invasion and annexation of Kuwait on 2nd August 1990. With United Nations authorization, a coalition force from 34 nations joined forces against Iraq, with the expressed purpose of expelling Iraqi forces from Kuwait. The invasion of Kuwait by Iraqi troops had been met with wide international condemnation and immediate economic sanctions against Iraq by members of the UN Security Council, and with immediate preparation for war by the United States of America, the United Kingdom, and Canada. In November 1990, The United Nations Security Council issued Resolution 678 stipulating that Saddam Hussein remove troops from Kuwait by 15th January 1991, otherwise a U.S.-led coalition would drive them out. Initial conflict to expel Iraqi troops from Kuwait began with aerial bombardment on 16th January 1991 (the commencement of Operation Desert Storm, second row), following expiration of the UN deadline; this was followed by ground assault on 23rd February and was a decisive victory for the coalition forces, which liberated Kuwait and advanced into Iraqi territory. The coalition stopped advancing and declared a cease-fire 100 hours after the ground campaign had started. In February 1995, The Stone Roses embarked upon a U.S. radio tour to promote Second Coming. After hearing United States' army radio ads urging people to sign up, Ian Brown did little to ingratiate himself with listeners on a Los Angeles radio station by mumbling, in response, "stop killing babies." Lines were jammed by irate callers and the incident made the local press.
Third row: On 26th February 1991, Iraqi troops began retreating from Kuwait and they set on fire the Kuwaiti oil fields as they left; 737 oil wells were set on fire, causing severe environmental and economic damage to Kuwait.
Bottom row: The Highway of Death; crashed and abandoned vehicles line Highway 80, 19th April 1991. During the United Nations coalition offensive in the Gulf War, retreating Iraqi military personnel were attacked on Highway 80 by American aircraft and ground forces on the night of 26th-27th February 1991, resulting in the destruction of hundreds of vehicles and many of their occupants. Many Iraqi forces, however, succeeded in escaping across the Euphrates river and the U.S. Defense Intelligence Agency estimated that upwards of 70,000 troops from defeated divisions in Kuwait may have fled into the city of Basra. The scenes of devastation on this six-lane highway between Kuwait and Basra are some of the most recognizable images of the war. According to Elaine Sciolino of the New York Times, the images suggested a turkey shoot and contributed to the war's resolution soon afterwards.

On The Stone Roses' debut LP, both lyricists were on blistering form; this synergy had all but dissipated on their protracted follow-up offering. In their halcyon era, the band's B-sides were as good as their A-sides. Now, the band's B-sides were their A-sides; in their five years away, The Stone Roses could not even muster the energy to record two original b-sides for their comeback single. Straight To The Man notably was the only solo lyrical composition credited to Ian Brown on Second Coming.

This lazy composition opens with a distinct Aboriginal sound - a Jew's Harp played by Simon Dawson - reminiscent of 'Join Together' by The Who. With rambling, at times impenetrable, lyrics, the song is damning of British colonialism ("All the isles of Grande Bretagne owes us a debt"), and the arbitrary treatment of colonies under her rule. Cordelia Station is a Philadelphia train station built in 1881; those left in the wake of British colonialism are stranded ("No, the train won't wait"). 'The Train Won't Wait' is the penultimate track on 'Barefoot Sunday Blues' (1963), by the Ramsey Lewis Trio. "Bring it all on home / Bring it on for Jerome" is formed around the Bo Diddley track, Bring It to Jerome ("Bring it on home / Bring it to Jerome"), part of the Chess Records catalogue.

On 22nd August 1770, on Possession Island, off what is now northern Queensland, James Cook claimed all of eastern Australia for King George III. The local Aboriginal inhabitants had, over tens of thousands of years, mapped the land their way, through their Dreaming (the source of inspiration for the Kate Bush song, 'The Dreaming'). This complex intertwining of land, culture, language, family relations and spiritual selves was to be put in danger from Cook's landing at Botany Bay in 1770. In interviews, Ian has always been keen to bring attention to the failures of British policies in history, stating in Melody Maker (3rd June 1989) that the British were the first nation to set up concentration camps, in the second Boer War (there were two Boer wars: 1880 - 1881 and 1899 - 1902). The Scramble For Africa was the invasion, occupation, colonization, and annexation of African territory by European powers during the New Imperialism (1870 - 1914) period, between 1881 and 1914. Consequent to the political and economic rivalries among the European empires, in the last quarter of the 19th century, the partitioning of Africa was how the Europeans avoided warring amongst themselves over Africa. The last 59 years of the 19th century saw the transition from 'informal imperialism' (hegemony) by military influence and economic dominance, to the direct rule of colonies. The British were primarily interested in maintaining secure communication lines to India, which led to initial interest in Egypt and South Africa. Once these two areas were secure, it was the intent of British colonialists such as Cecil Rhodes to establish a Cape-Cairo railway. Control of the Nile was viewed as a strategic and commercial advantage. Ian's interest in colonialist history has continued into his solo career (see this essay for details of his reading on colonialism). 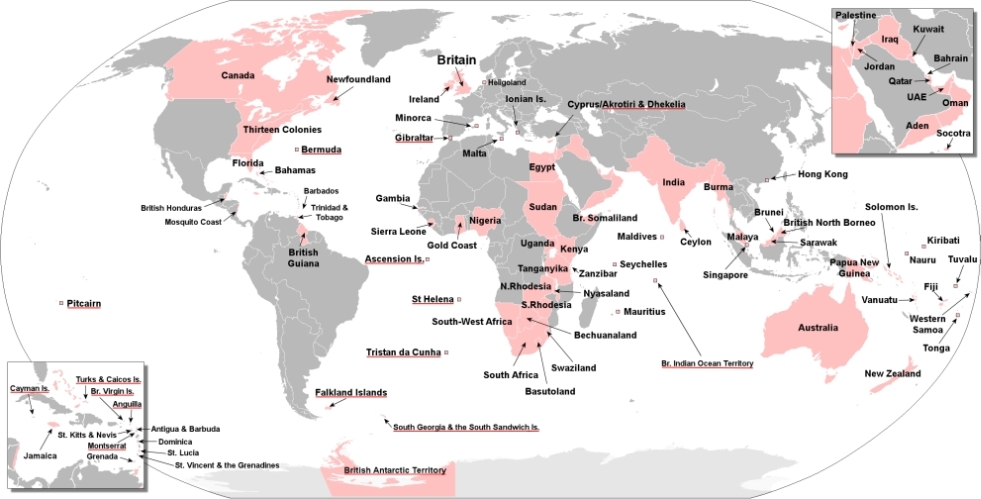 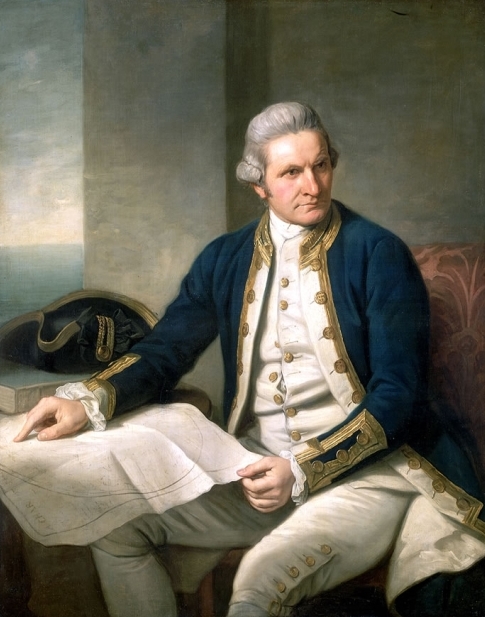 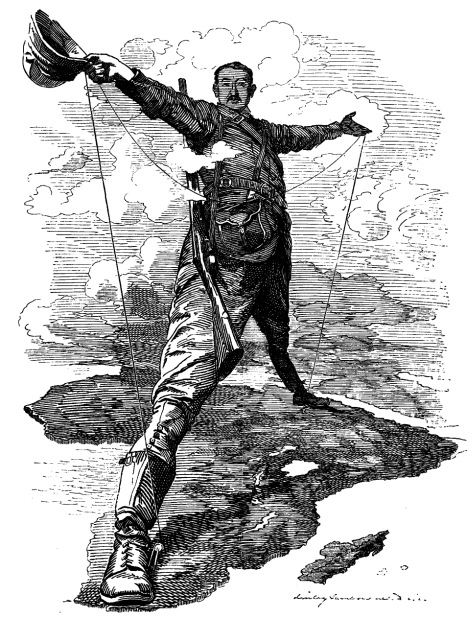 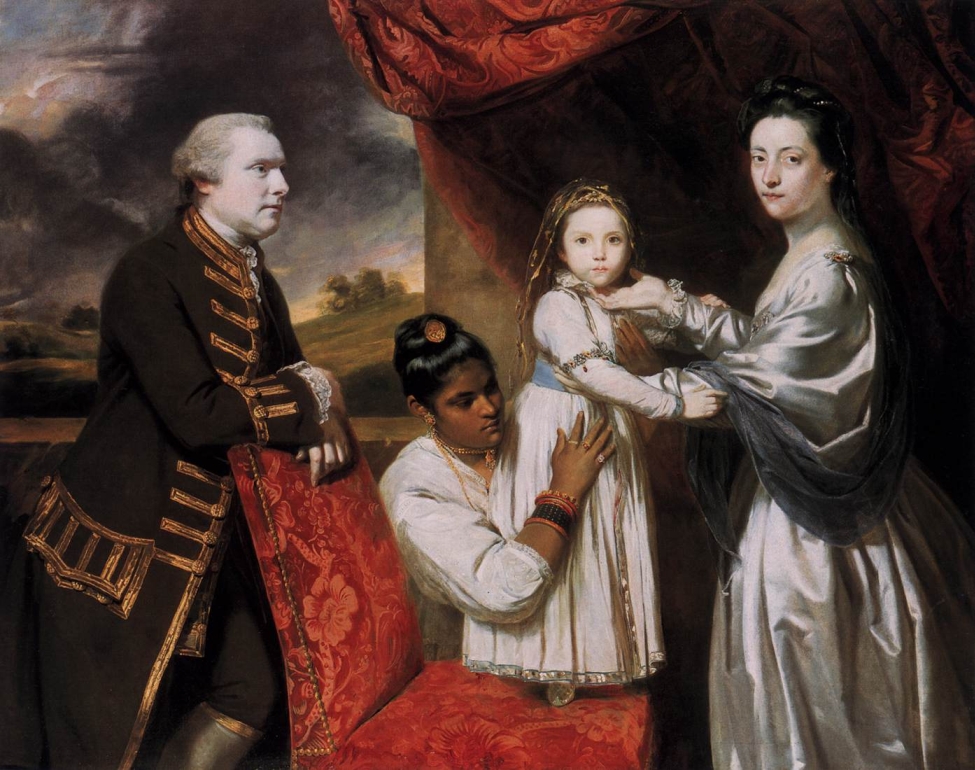 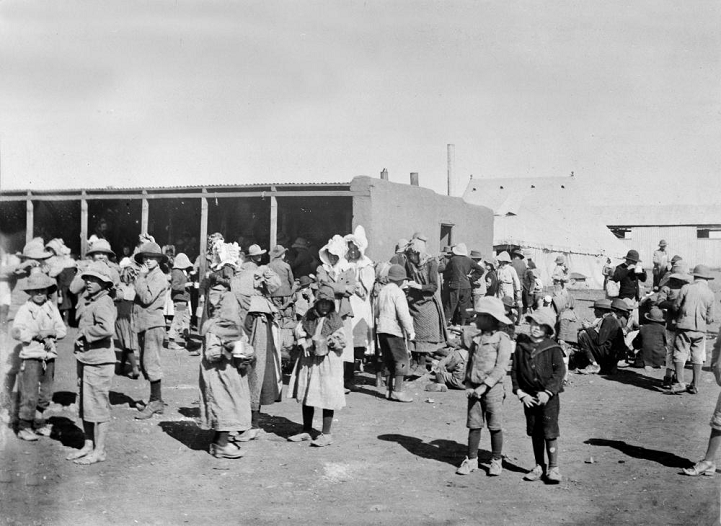 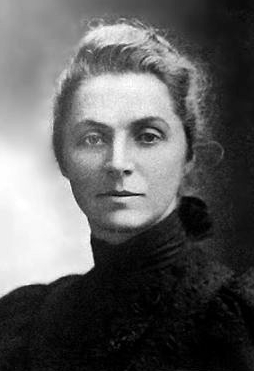 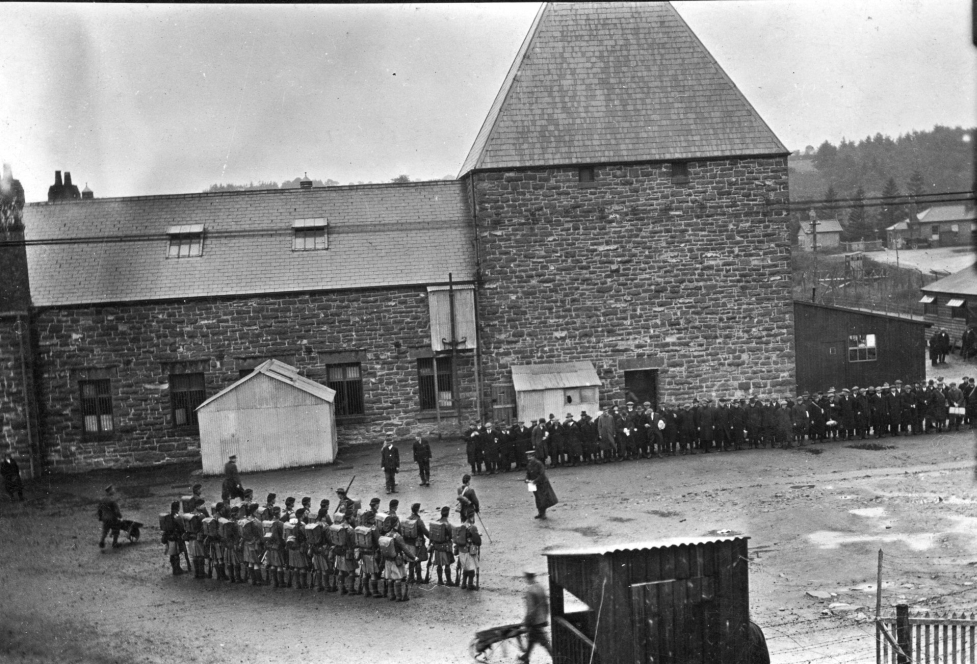 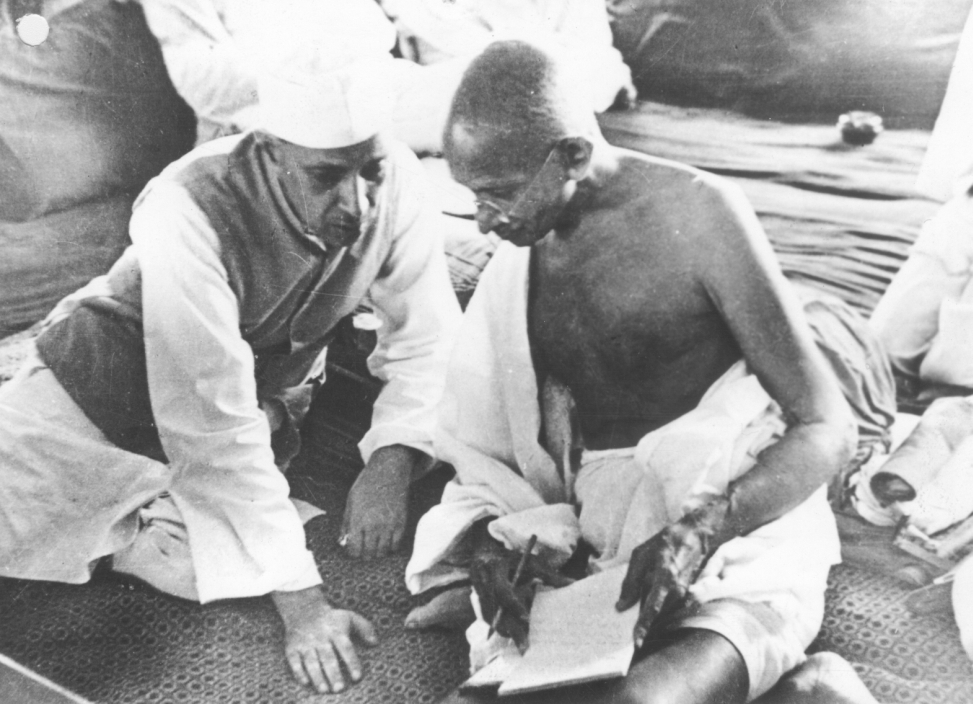 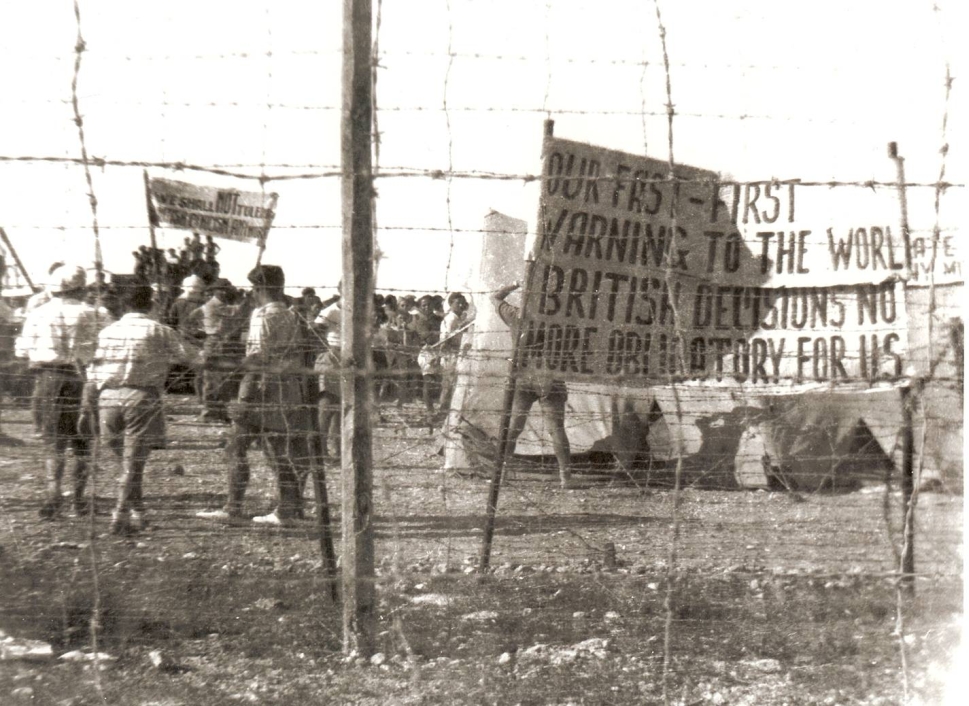 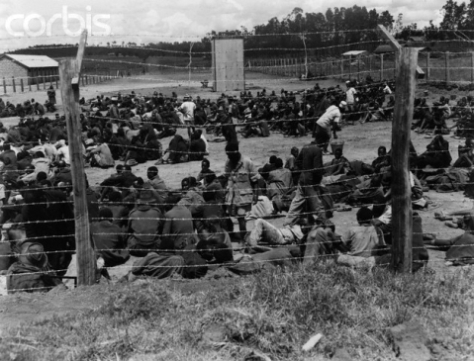 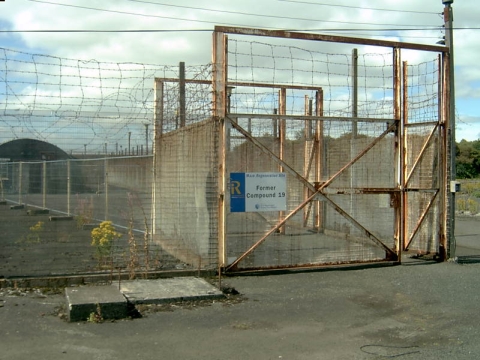 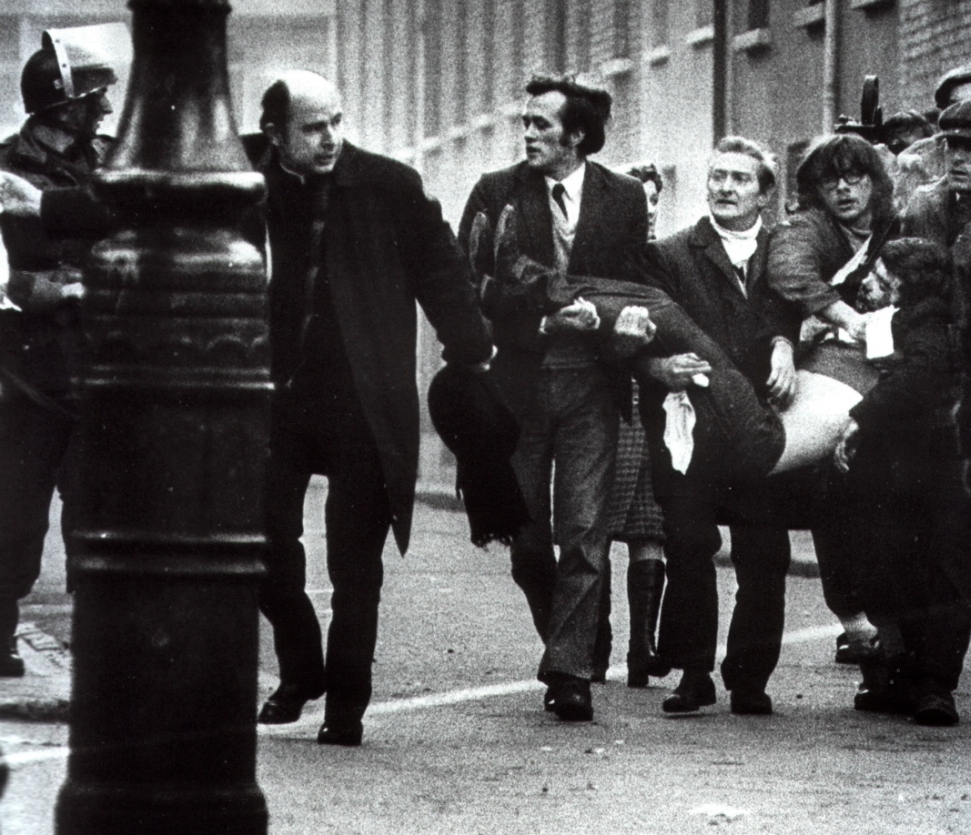 "Who'll cast the first stone ?" relates to Jesus forgiving the woman being castigated for committing adultery (John 7: 53 - 8: 11). Mosaic law specified death by stoning for adultery, yet Roman law forbade the Jews from carrying out executions. The Romans allowed the Jews a certain amount of self-administration, but only up to a point. The Jewish self-administration did stretch to what we today call criminal justice, but it stopped short of the death penalty. This is most apparent when Jesus is brought in front of Pontius Pilate, so that the latter may condemn Him and give imprimatur to the Pharisees' desire to have Him executed. Now Moses in the law commanded us to stone such a one. But what sayest thou ?. The trap here is clear: if Jesus had answered "she must be executed", they would have denounced Him to the Romans as a subversive , as He publicly presents Himself as alternative to their power, and in opposition to it. If Our Lord had said: "ask the Romans", they would have accused Him of being a puppet of the despised Roman occupier. If He had said: "she must not be executed", they would have accused Him of neglecting the Law. Jesus turns the table on them, and puts them in a very difficult spot. He exposes their corruption and hypocrisy, but does not do their bidding. One by one they retreat, convicted by their own conscience. In His compassion, Jesus looked not toward physical laws, but to the grace of God:

But Jesus bent down and started to write on the ground with his finger. When they kept on questioning him, he straightened up and said to them, "If any one of you is without sin, let him be the first to throw a stone at her." Again he stooped down and wrote on the ground.

At this, those who heard began to go away one at a time, the older ones first, until only Jesus was left, with the woman still standing there. Jesus straightened up and asked her, "Woman, where are they ? Has no one condemned you ?" 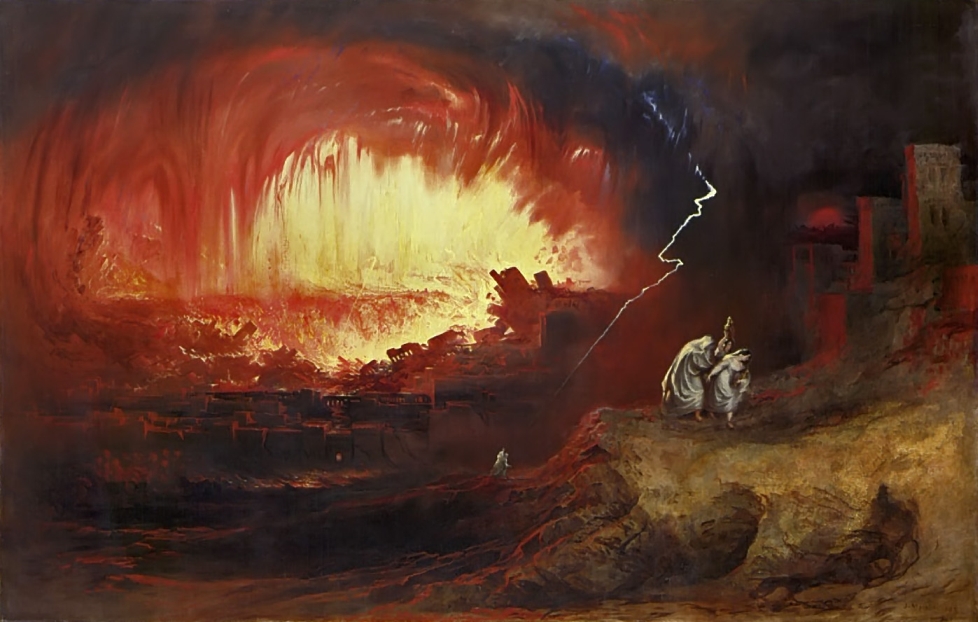 By the time Lot reached Zoar, the sun had risen over the land. Then the LORD rained down burning sulfur on Sodom and Gomorrah - from the LORD out of the heavens. Thus he overthrew those cities and the entire plain, including all those living in the cities - and also the vegetation in the land. But Lot's wife looked back, and she became a pillar of salt.
(Genesis 19: 23 - 26)

Love (meaning God - see Love Spreads) cuts down a revolver, by raining down burning sulfur on Sodom and Gomorrah.

With the coming of dawn, the angels urged Lot, saying, "Hurry ! Take your wife and your two daughters who are here, or you will be swept away when the city is punished."

When he hesitated, the men grasped his hand and the hands of his wife and of his two daughters and led them safely out of the city, for the Lord was merciful to them. As soon as they had brought them out, one of them said, "Flee for your lives ! Don't look back, and don't stop anywhere in the plain ! Flee to the mountains or you will be swept away !"
(Genesis 19: 15 - 17) 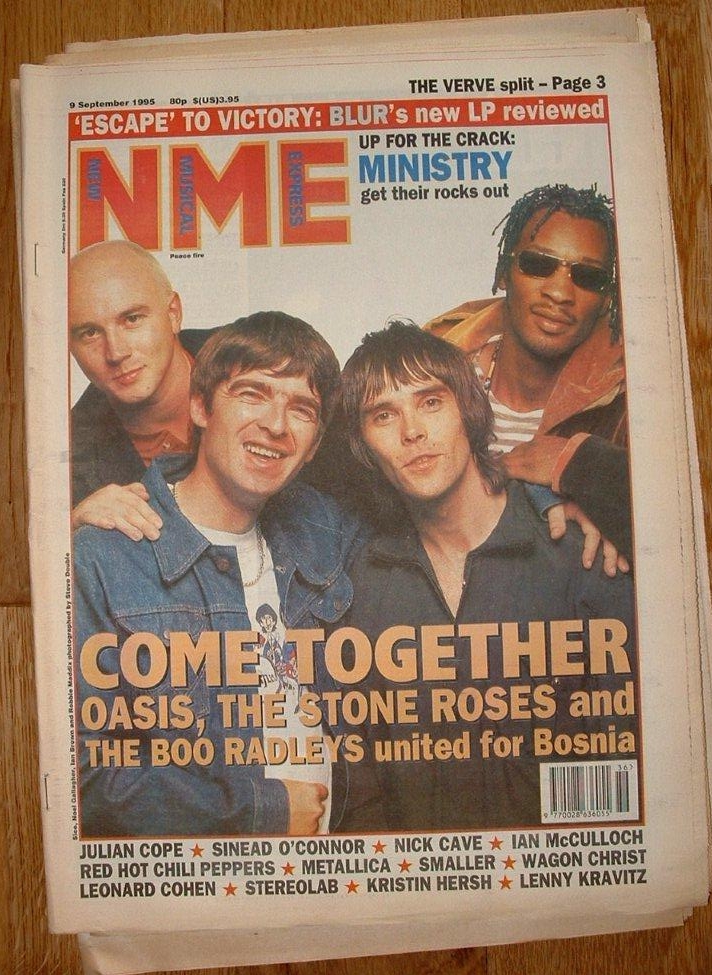 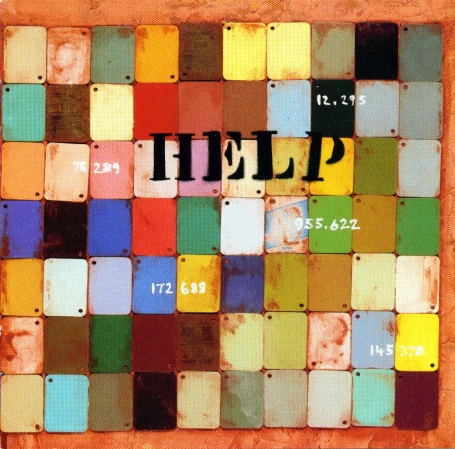 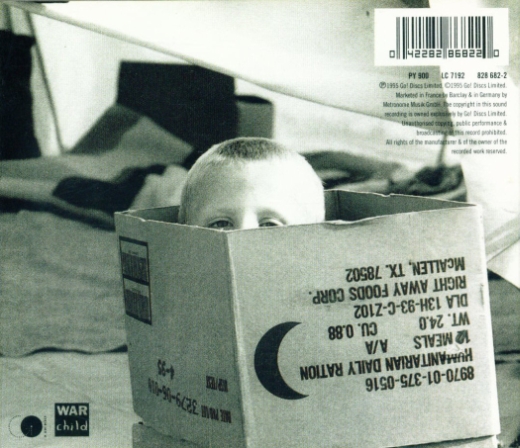 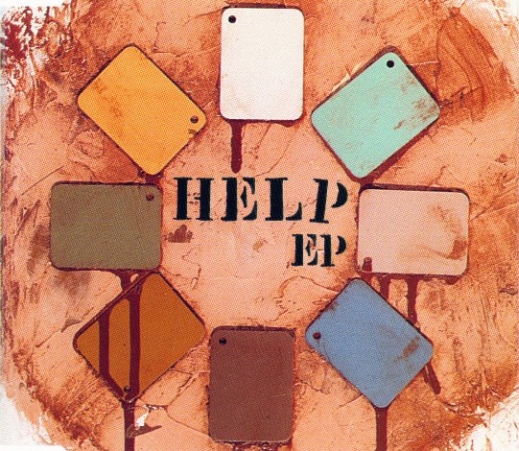 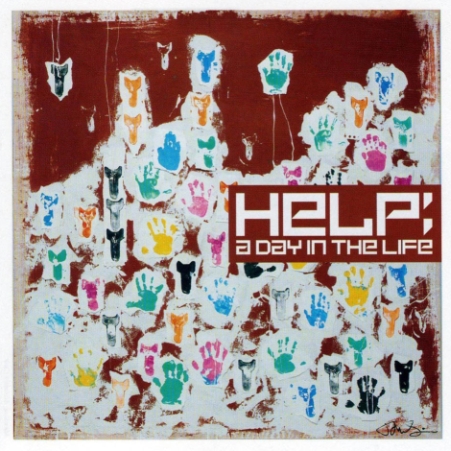 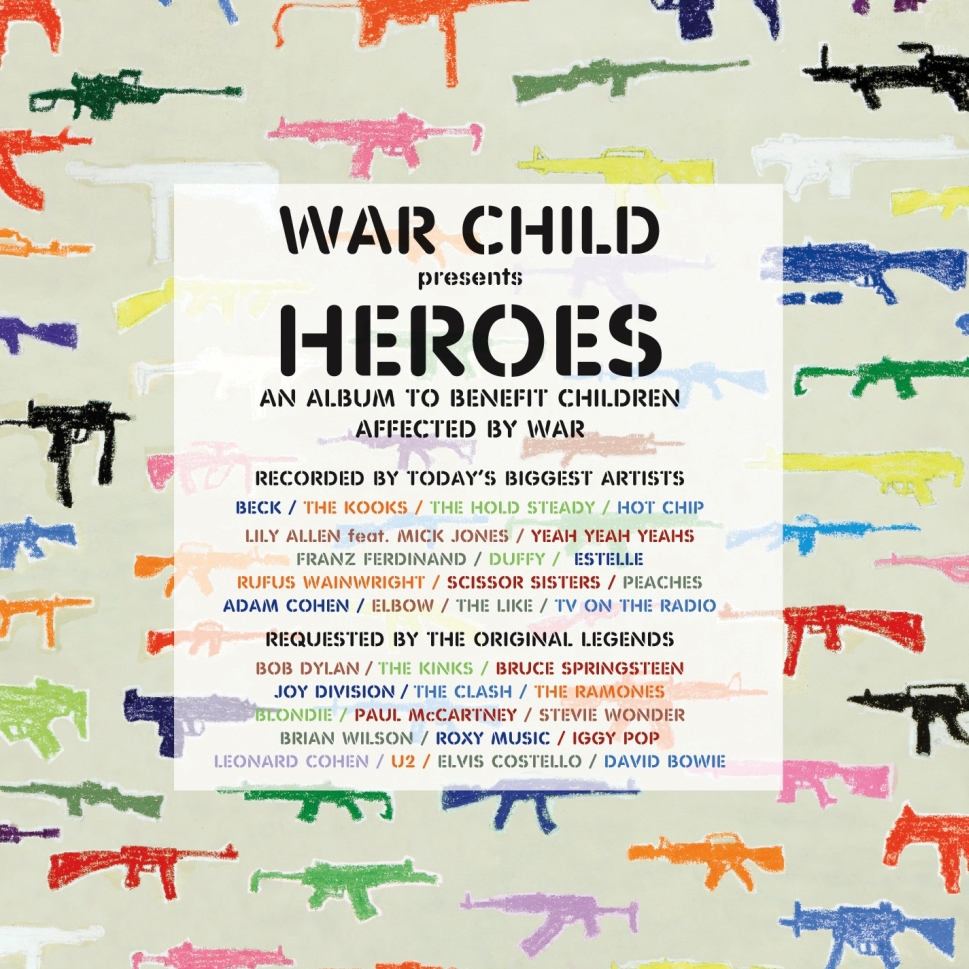 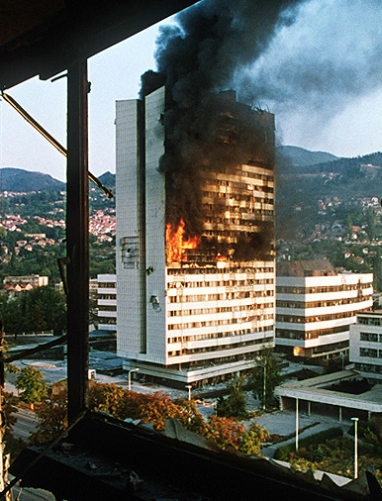 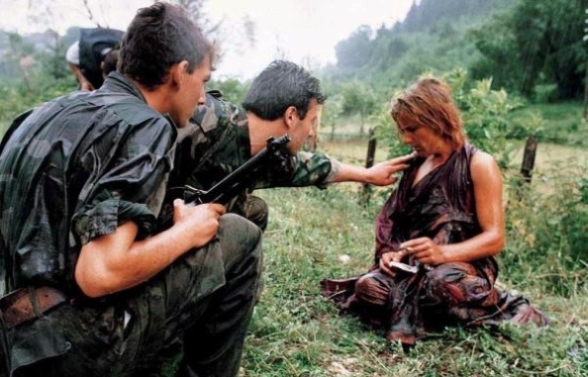 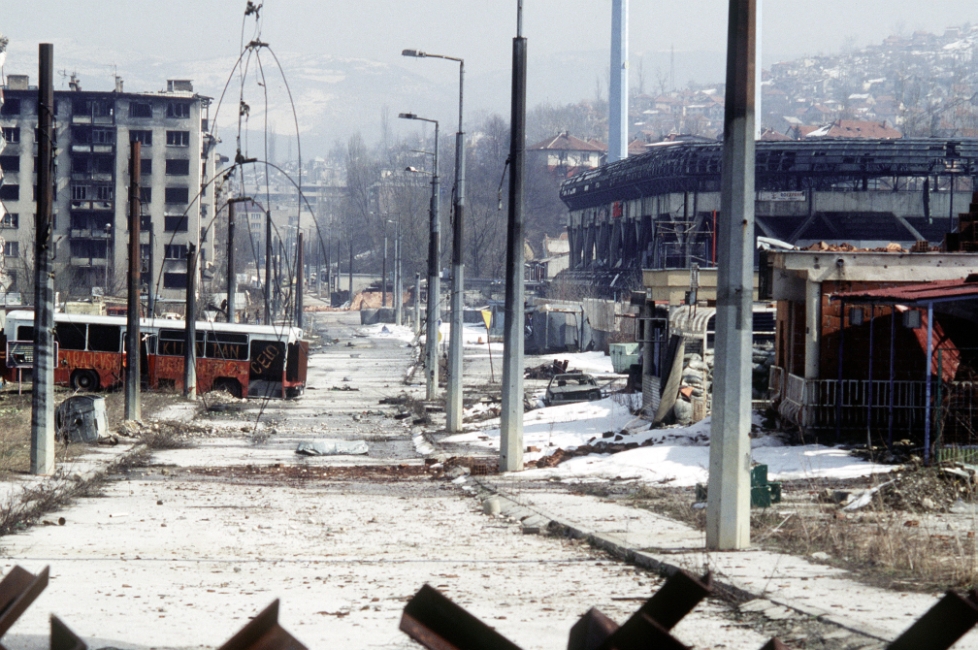 * This famous poem, written by Britain's imperial poet, was a response to the American takeover of the Philippines after the Spanish-American War. Although Kipling's poem mixed exhortation to empire with sober warnings of the costs involved, imperialists within the United States latched onto the phrase 'white man's burden' as a characterization for imperialism that justified the policy as a noble enterprise.