(Yeah, that's what I thought he said anyway ooooooooh)

I stopped for an old man hitcher
At a lonely old crossroads
He said: "I'm going nowhere"
"I'm only here to see if I can steal your soul"

Ian wasn't so fortunate in his upbringing: "I had an uncle who tried to get me into Led Zeppelin," confesses the singer.
"Horrible thing to do to a 10-year-old, isn't it," sympathises John.
(Ian Brown and John Squire in conversation with the NME, 15th April 1989)

"If you want to learn how to make songs yourself, you take your guitar and you go to where the road crosses that way, where a crossroads is. Get there, be sure to get there just a little 'fore 12 that night so you know you'll be there. You have your guitar and be playing a piece there by yourself...A big black man will walk up there and take your guitar and he'll tune it. And then he'll play a piece and hand it back to you. That's the way I learned to play anything I want."
(Evans, David. Tommy Johnson London: Studio Vista, 1971)

On The Stone Roses' incandescent debut LP, John Squire's quicksilver melodies laced the album as freely as the paint that splattered the sleeve. On parts of Second Coming, his instrument has an almost vice-like grip on Ian's vocals, nowhere more so than on this track. A Hot Press magazine article from 23rd July 1997 describes it best, as a track "on which Squire's blindingly fluid runs coil around Ian Brown's vocals like a snake around a rabbit." The narrator is driving south around midnight, and picks up a hitch-hiker who turns out to be the devil. The hitch-hiker informs the driver that if he so desires, he can sell his soul by dialling a phone number. The noise at the end of the song is a mobile phone dialing 0890 666, a slight variation of the number Ian sings in the song itself - 0800 666. '666' is, of course, the number of the beast. Thematically, the song extrapolates on the myth of Robert Johnson at the Crossroads, who sold his soul to the devil for the best tunes. In actual fact, the blues singer who publicly made this claim was Robert's less-well-known contemporary and friend Tommy Johnson (unrelated to Robert). It was possibly a writer named Robert Palmer who was responsible for transferring Tommy Johnson's crossroads story to Robert Johnson, probably because Robert Johnson was the much better known of the two. Unfortunately, Palmer and the other European-American writers who propagated his fictional story were unfamiliar with the teacher at the crossroads and they conflated Tommy Johnson's "big black man" with Goethe's Mephistopheles in 'Faust.' Consequently, Robert Johnson was cast in the role of a tormented and tortured soul, doomed to suffer the wrath of God. 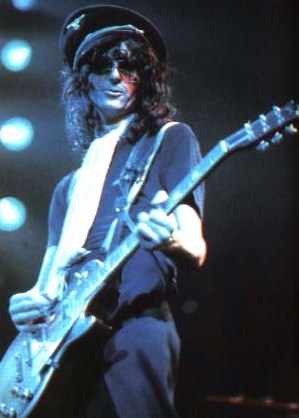 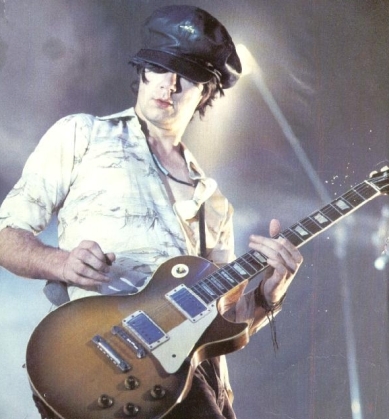 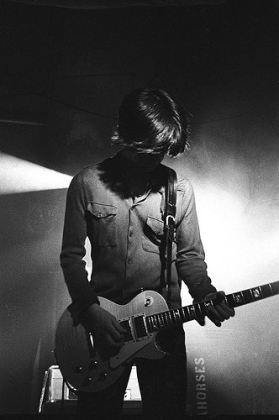 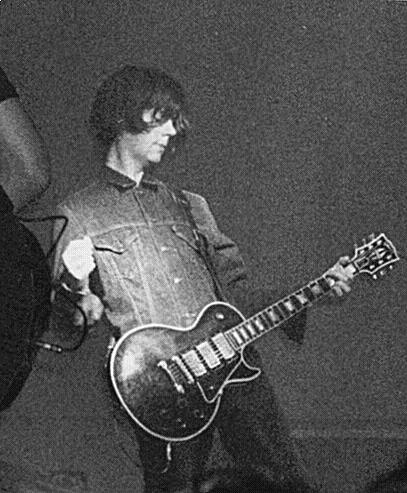 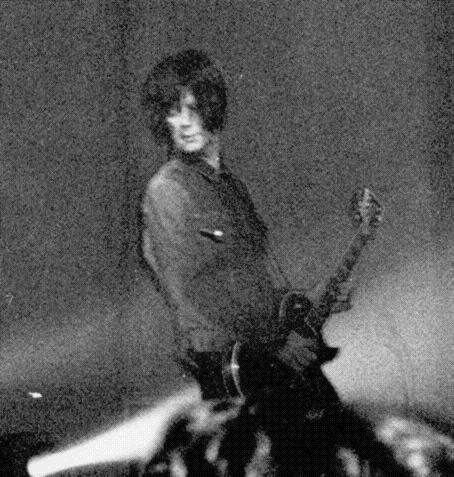 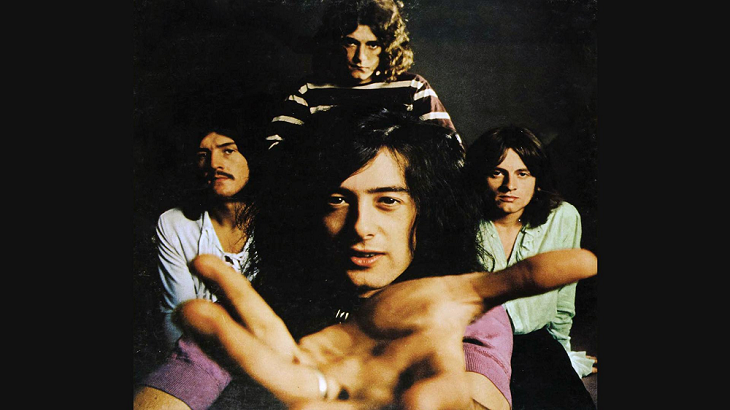 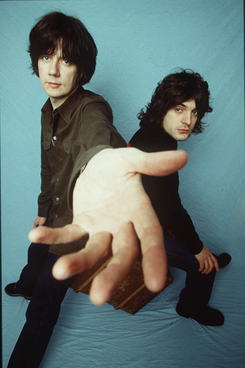 Top left: Jimmy Page.
Top middle: John Squire at the Feile festival, August 1995. The live segue between Daybreak and Breaking Into Heaven is a direct lift from 'Dazed And Confused'. On Second Coming, Squire's favoured setup was a '59 Les Paul guitar, a hot-wired Fender Twin amp, and a Shure SM57 and Sennheiser 421 to mic up each speaker. This was sent through a dbx160 compressor, and then straight into the desk. In terms of pedals, an old Echoplex and an Electric Mistress were used quite a lot. Squire also used an Orange amp and Orange cab for some of the more distorted Hendrix-type sounds, and a Pink Strat.
Top right: The guitar workout on Love Is The Law pays homage to Jimmy Page. From the mid 90's onwards, Squire would often lean back with his Les Paul a la Jimmy Page, when performing live.
Second row: Squire in full-on Jimmy Page mode at Queen's University, Belfast, 7th December 1997 (to view all nine photos from this Belfast gig, move alphabetically from SquireQueensa.jpg through to SquireQueensi.jpg). Page was well aware of this appropriation, when asked for his opinion on Squire by Guitar Magazine in 1998: "He's actually a pretty good guitar player, isn't he ? The thing is, he also looks like me in The Yardbirds which is really uncanny - he's got the haircut, he's even got the stance."

The Stone Roses circa Second Coming were morphing into 'The John Squire Experience', with a batch of songs shoehorned around guitar parts that Squire improvised to loops. Live reviews hailed Squire as the last great guitar hero (a Melody Maker review of the band's New York Manhattan Center gig in May 1995 renamed them 'The John Squire Blues Explosion'), whilst Ian's at times tuneless contribution led one critic to compare his vocal delivery to "a man shouting into a bucket." At Glasgow Green in 1990, The Stone Roses were a tight unit, both socially and musically. "When we were on stage that day," Mani recalled, "we all looked at each other, and then just went up another level." When, in May 1995, at Atlanta Midtown Music Festival, Mani slammed down his bass halfway through I Am The Resurrection and stormed off stage, band members hardly batted an eyelid, such was the lack of communication on that tour. Nothing outside The Egg, as Mani named this four-way protective force, could harm them in their prime, but severe cracks appeared during the recording of their second LP. From then on, the very combustible outfit were never hesitant about putting their dirty linen on public display. See, for example, the band's June 2012 show in Amsterdam, where Ian called Reni "a c**t" for leaving the venue before the encore (a comedy element is added to proceedings, with mic feedback kicking in just after Ian delivers this line). Reni's early exit was attributable to monitor problems, specifically distortion in his earpiece. If you watch the video of the band's final song of the evening, Love Spreads, you can clearly see an infuriated Reni at the beginning, gesticulating to the side of the stage that he cannot hear Squire's guitar properly. Driving South (working title: Drivin' South) musically is a pale Led Zeppelin / Hendrix imitation (a mixture of 'Moby Dick' and 'Rock and Roll' by Led Zeppelin, and 'Driving South' by The Jimi Hendrix Experience) and lyrically, is woefully cliched. Speaking to The Guitar Magazine in June 1997, Squire was very open about the song's debt to Jimmy Page: "The high points on Second Coming, for me, are the lyrical content of Your Star Will Shine and the riff to Driving South. I can play it properly now. Quite 'Pagey' ? Yeah. Doesn't detract from the riff, though." Leckie's Drivin' South (4.45) was recorded at Ewloe (1st sessions) and later attempted at Marple as a live track in a different key. Squire's original version required Brown to sing high (ŕ la Robert Plant), and Brown had refused. The guitar track from Marple was usable, but the song needed new drums and more guitar. The slave reel was made at Parr Street Studios (June 1993).

"Well you ain't too young or pretty and you sure as hell can't sing" is a rewrite of a lyric from Fleetwood Mac's 'Oh Well', "I can't sing, I ain't pretty and my legs are thin." Possibly sensing that this was a dig at his vocal limitations, Brown turns the lyric back on Squire at the close of the 1996 Reading Festival performance, to "Well you ain't too young or pretty and a lonely old arsehole...". Perhaps expecting a more rousing finale to the performance, one female in the audience video recording of the gig can be heard commenting, 'They can't end with that ?'. Stone Roses fans far and wide had been asking that very same question throughout August of 1996... 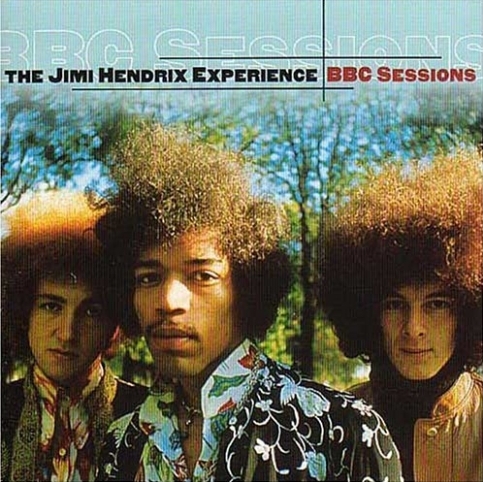 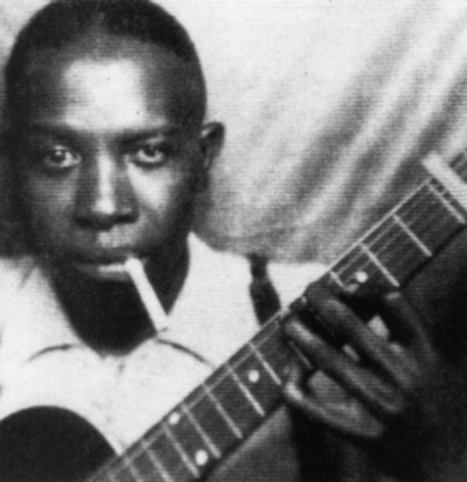 Left: The Jimi Hendrix Experience BBC Sessions. Listen to the ending to the second of the three takes of Driving South, of which Squire's ending is almost a carbon copy.
Right: Robert Johnson. One John Squire lyric which Ian flatly refused to sing on Second Coming was the Robert Johnson inspired line, "I got this dead shrimp baby", relating to male impotency. Geffen own Chess Records and sent The Stone Roses a box of back catalogue material from the label circa Second Coming, serving to fuel John Squire's blues guitar fixation at the time.