The Very Best Of The Stone Roses (November 2002)

THE VERY BEST OF THE STONE ROSES

John Leckie described the remastering process for this album, in conversation with Stone Roses website I Am Without Shoes:

"The remastering involved Silvertone getting the original half inch master mix tapes out of their library (hadn't been opened since 1989) and with Chris Blair at Abbey Road we re-transferred the recordings to hard disc for CD preparation. In doing so we adjusted levels between tracks and added equalization (i.e., treble and bass enhanced) to bring it as close to our intentions as when we cut the vinyl in '89. When mastering for vinyl the levels, eqs and compression is used to get the best sound on vinyl pressings. Often bass is cut as this takes up space in the groove; treble cannot be overused as it distorts easily on peaks and if there is a sudden burst in volume of course the stylus jumps. With CD none of this process is necessary and so it's good to get back to the mix tape and the original balance that was decided at the time of completing the album."

Artwork details:
'Untitled 2', used as the cover art for this compilation, first appeared on the back of the 1995 Tour guide.

"He (Pollock) used sticks and basting syringes. I didn't have access to a basting syringe, and I didn't know how the stick method worked - so I used simple decorating brushes that were lying around the house, that had been used and gone hard."
('John Squire Artworks 1988 - 2004', February 2004) 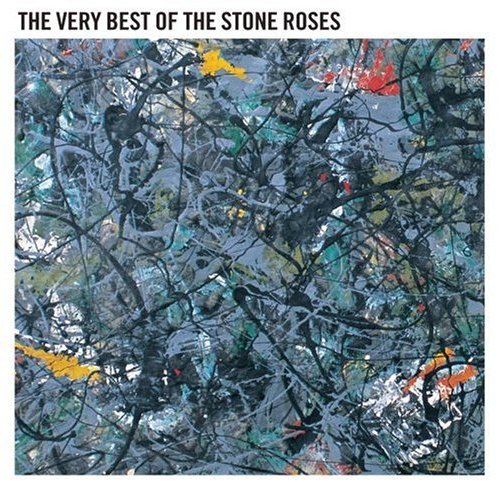 Front cover of The Very Best Of The Stone Roses. A cigarette butt can be seen within the work if studied closely.