Brother fire, I got to verse with you
I just ran into this ice cold cube
Thought his ways could freeze me out
So I left him melting there no doubt hey
I suggest you think again my friend
Love is a circle with no end
A message given, heaven sent
I've seen you cause your own descent yeah

Sister fire, I feel your glow
Walk on true 'cause they don't know
Sister ice, I felt your chill
Must have been a bitter pill 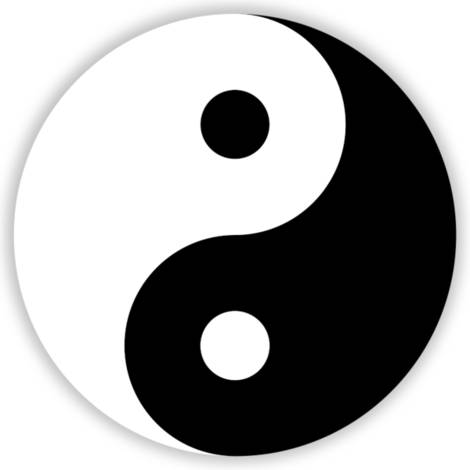 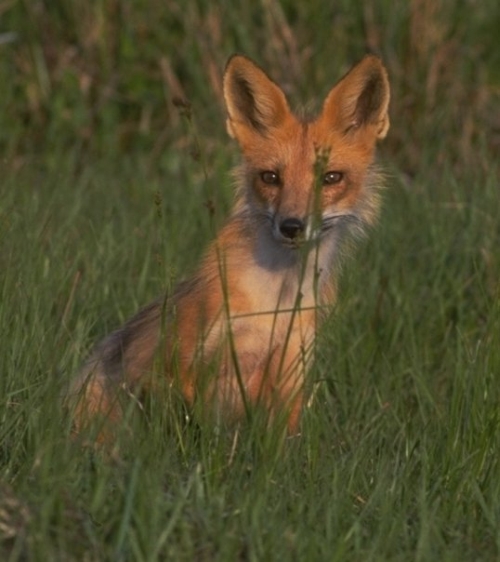 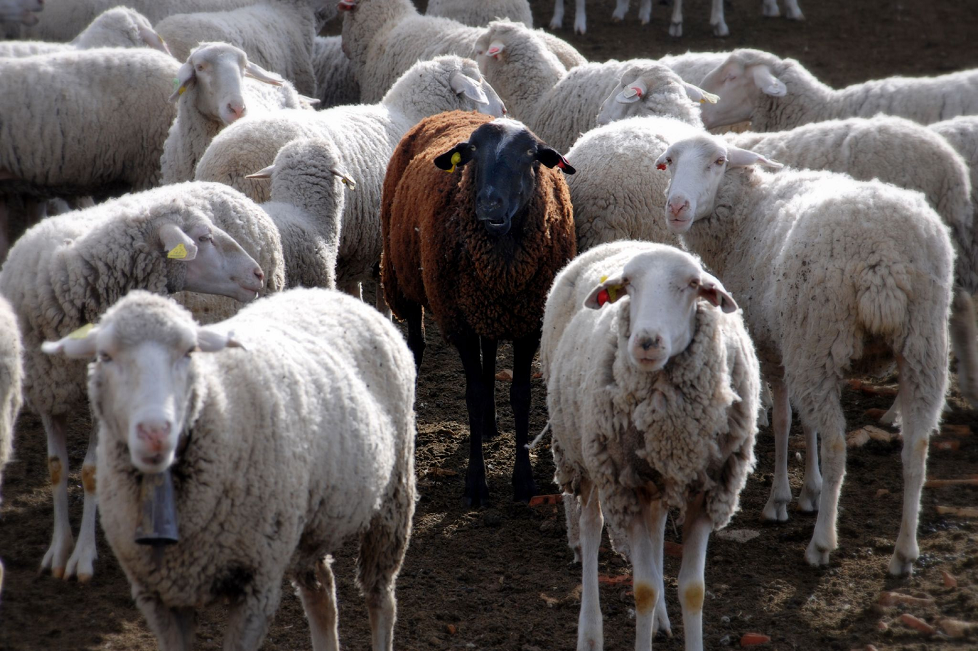 Top left: "Love is a circle with no end." The belief that the circle is the lifeblood of the system is classic taoist Taijitu. The seed of Yin is to be found within Yang, and the seed of Yang within the Yin; the dark is always in the light and the light in the dark. Ian turned John's darkness into light, his negatives to positives. Ice Cold Cube features various natural dualities: darkness / light (see above)...male / female ("brother fire" / "sister fire")...hot / cold ("Sister fire, I feel your glow" / "Sister ice, I felt your chill"). In the 2009 John Robb book, 'The North Will Rise Again: Manchester Music City 1976 - 1996', Brown states that he made efforts to lift Squire out of the darker side of town: "John's idea was the first album was all sunshine and colours so the second album will be dark and I'm thinking I don't like dark music - I love reggae and Tamla Motown and uplifting hip hop and punk rock. I don't like dark music. I don't feel dark as a person. I don't feel I have a dark side. I mean I might do but I don't want to find it !"
Top right: A lion doesn't lose sleep over the opinion of sheep, but a wounded lion is a dangerous animal. Before taking to the stage in Portugal in August 1996, Ian and the pack were keen to show their teeth: "We're like wounded lions now, we're even stronger". The singer's flowing locks took on a mane-like quality, but a toothless series of gigs would blight that month. Brown, however, would not lose scent of Squire. On the never-released Stone Roses track Black Sheep, one can envisage that Squire would have been cast as the 'black sheep' of the family. Here, he is characterized as a fox, a reclusive creature, most active at night, a symbol of cunning and trickery (You cannot trust a fox). The fox has a very characteristic odour which they mark their territory, and particularly their den with. The fox and the ibex don't get along too well. Personality traits aside, the association of Squire's den with that of a fox may have been nesting in Ian Brown's mind for some time; I recall reading in Ian Tilton's book (Set In Stone) that Squire's abode in his band days had a very prominent fox door knocker. The focus of Ian's ire takes on a chameleon-like quality on Corpses In Their Mouths ("He just wanna be ya"), the behavioural trait of an ostrich on What Happened To Ya, a snake on Superstar, while Goodbye To The Broken gets to the very innards of its subject.
Bottom: A black sheep stands out from the flock.

"If someone won't talk to ya, it's hard to know if you've fallen out with them."
(Ian Brown speaking about John Squire at the 1996 Reading Festival press conference)

"We used to play a lot together, from 10 in the morning 'til 7 at night, for three or four years. Then, for some reason, John didn't want to play with Reni. We started the album in '92 playing to loops. Reni would be, 'What am I here for ?', and that was the start of it. In one year, out of 300 days in the studio, we had a meal together four times."
(Ian Brown speaking to Melody Maker, 25th October 1997)

Previewed at Reading in August 1996, 'Ice Cold Cube' was Reni's nickname for John Squire. The song originates from when Ian was learning to play guitar; Aziz showed him a chord - what Ian describes as a "Jimi chord" - and Ian came up with the riff. Aziz was responsible for the solo, and the song ends with a duel - one set of guitars repeatedly answering the challenge of a lone, repeating riff.

Ice Cold Cube featured on Ian's debut solo LP, Unfinished Monkey Business. Ian's 'message' to John (lines 4 - 8) seems to have prompted the guitarist to pen his own 'letter' in response, in the form of Happiness Is Eggshaped; the lack of empathy is evident in the blasé pairing of "Happiness is eggshaped" (A penis is egg-shaped) with "love's a circle with no end." "A message given, heaven sent" finds answer on Love Me And Leave Me: "Don't you ever tell me it came from above". Not until 2011 would the relationship fully thaw between the pair. 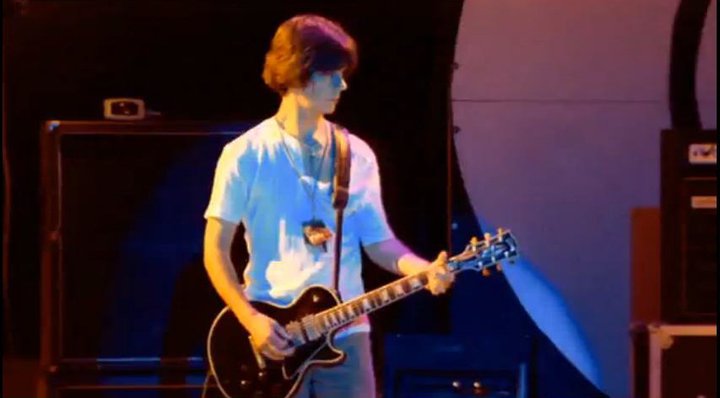 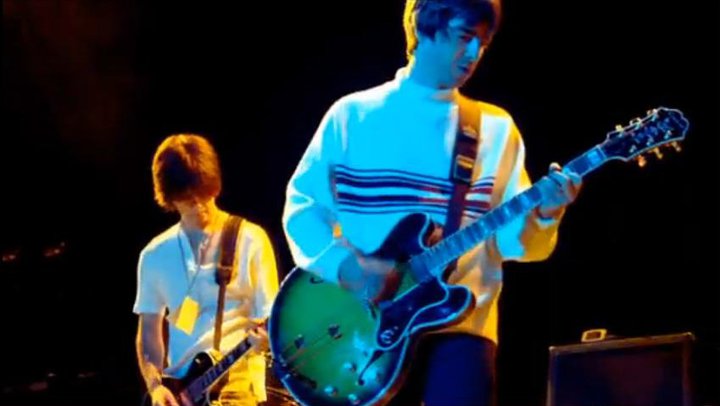 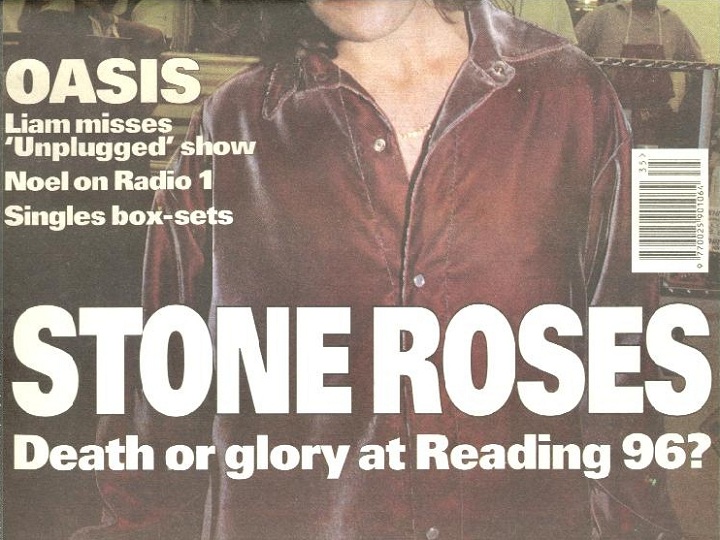 Death or glory becomes just another story...
"You can keep your kiss of death 'cause I choose glory, yeah." Melody Maker front cover, 31st August 1996. One would imagine that both Brown and Squire kept a keen eye on media coverage at the time of their split, as Squire's comments to the NME from 26th April 1997 illustrate: "I heard about the Reading gig. I read the block headlines, but I didn't wanna read it. Stuart read a few bits to me, so I got the general impression." Did John Squire go it alone for the glory ? Well that's another story...