Pseudonyms:
'I Wanna See You Fall', 'The Saviour'

Details:
A barbed assault on the pretentiousness of the Factory Records / Haçienda scene. Ian Brown was the dominating lyrical influence in The Stone Roses' earliest work, before the classic Squire/Brown partnership that would yield the 1989 eponymous debut LP. While Squire brought an artistic vision to the band, Brown introduced a religious flavour to their work. In the nicknames given to the rhythm section of the band, one could locate this synthesis: (Guido) Reni meets Mani (Manichaeism) !

"The Saviour comes and the thief takes a walk" makes reference to one of two incidents surrounding Jesus' Passion, either the promise of Jesus to the thief on the cross that he would be with Him in Paradise, or the freeing of Barabbas. The Passover custom in Jerusalem allowed Pilate, the governor of Judaea, to commute one prisoner's death sentence by popular acclaim; the crowd were offered a choice of whether to have Barabbas ('the thief') or Christ ('the Saviour') released from Roman custody and chose the former:

Pilate called together the chief priests, the rulers and the people, and said to them, "You brought me this man as one who was inciting the people to rebellion. I have examined him in your presence and have found no basis for your charges against him. Neither has Herod, for he sent him back to us; as you can see, he has done nothing to deserve death. Therefore, I will punish him and then release him."

But the whole crowd shouted, "Away with this man ! Release Barabbas to us !" (Barabbas had been thrown into prison for an insurrection in the city, and for murder.)

Wanting to release Jesus, Pilate appealed to them again. But they kept shouting, "Crucify him ! Crucify him !"

For the third time he spoke to them: "Why ? What crime has this man committed ? I have found in him no grounds for the death penalty. Therefore I will have him punished and then release him."

But with loud shouts they insistently demanded that he be crucified, and their shouts prevailed. So Pilate decided to grant their demand. He released the man who had been thrown into prison for insurrection and murder, the one they asked for, and surrendered Jesus to their will.
(Luke 23: 13 - 25)

From the four Gospel accounts, we learn that the crimes of Barabbas were murder and insurrection, and not thievery. Matthew (27: 16) refers to Barabbas only as a "well-known prisoner". It is interesting to note that the name Barabbas means son of the father ("bar" = son, "abba" = father). The true Son of the Father stood before them, but the crowd instead chose to free another.

The alternative interpretation of this lyric relates to Jesus being brought to the cross, and the "thief" at His side taking "a walk", in the sense of symbolically 'walking free' after a life of sin. Matthew (27: 38) and Mark (15: 27) describe the men on each side of Jesus as "rebels", and this (rather than thieves) is the truer translation. Jesus' disciples had fled or were lingering, disillusioned at the margins of the crowd, their hopelessness echoed by the men on the road to Emmaus, "...we had hoped that he was the one who was going to redeem Israel." (Luke 24: 21). Yet here on the cross to one side, a condemned man, life ebbing out of him, looks across and sees not another dying man, but the Messiah:

Two other men, both criminals, were also led out with him to be executed. When they came to the place called the Skull, they crucified him there, along with the criminals - one on his right, the other on his left. Jesus said, "Father, forgive them, for they do not know what they are doing." And they divided up his clothes by casting lots.

The people stood watching, and the rulers even sneered at him. They said, "He saved others; let him save himself if he is God's Messiah, the Chosen One."

The soldiers also came up and mocked him. They offered him wine vinegar and said, "If you are the king of the Jews, save yourself."

There was a written notice above him, which read: THIS IS THE KING OF THE JEWS.

One of the criminals who hung there hurled insults at him: "Aren't you the Messiah ? Save yourself and us !"

But the other criminal rebuked him. "Don't you fear God," he said, "since you are under the same sentence ? We are punished justly, for we are getting what our deeds deserve. But this man has done nothing wrong."

Then he said, "Jesus, remember me when you come into your kingdom." 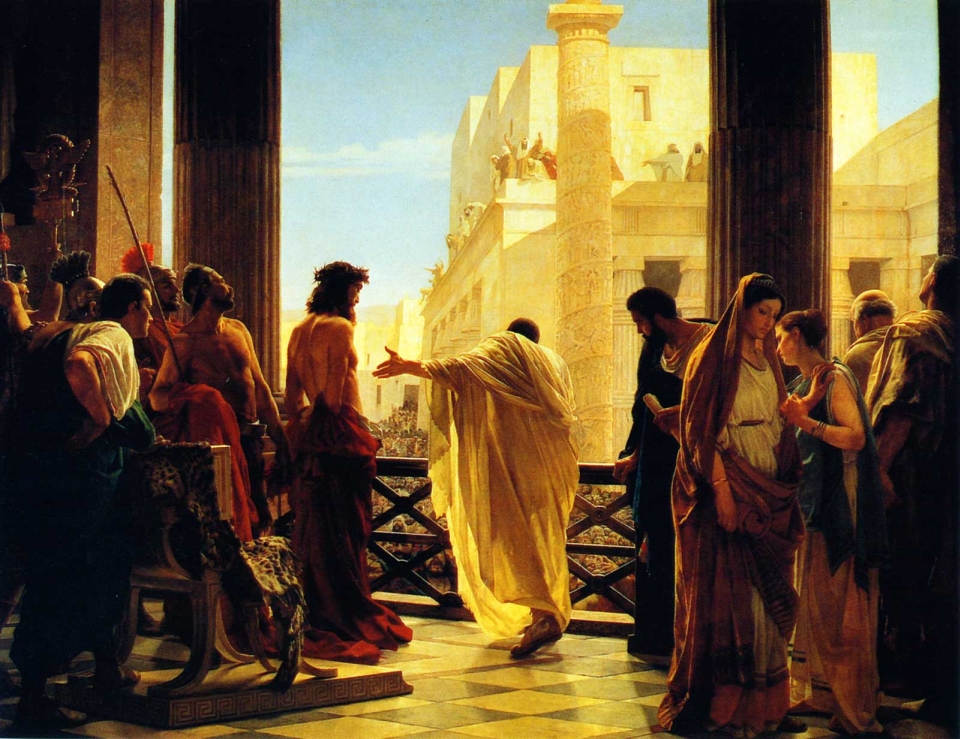 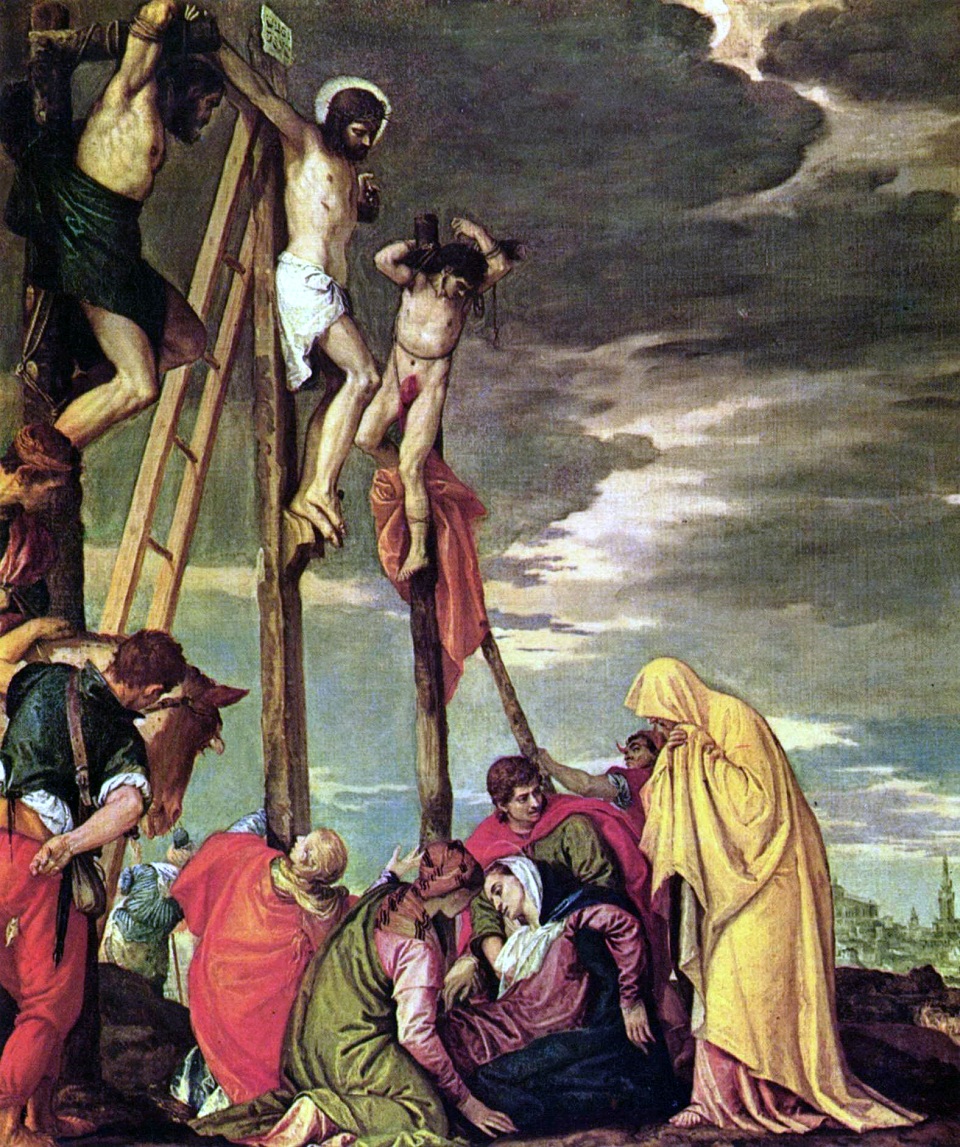