Don't stop your crying, I'd be lying
If I said it didn't turn me on
You sent me reeling, no feeling
Left in this old heart for anyone

Can't you see ? Can't you hear ?
Can't you feel the end is near ?
Born in a star, raised by the moon
Safe tonight in your
Hotel room

Don't stop your howling, you're an animal
And I get to share a cage with you
Your light still shining and I'm in
Your capable little hands all night long

Enjoy your journey, enjoy your ride
Don't let it slip or slide
Born in a star, raised by the moon
Safe tonight in your
Hotel room 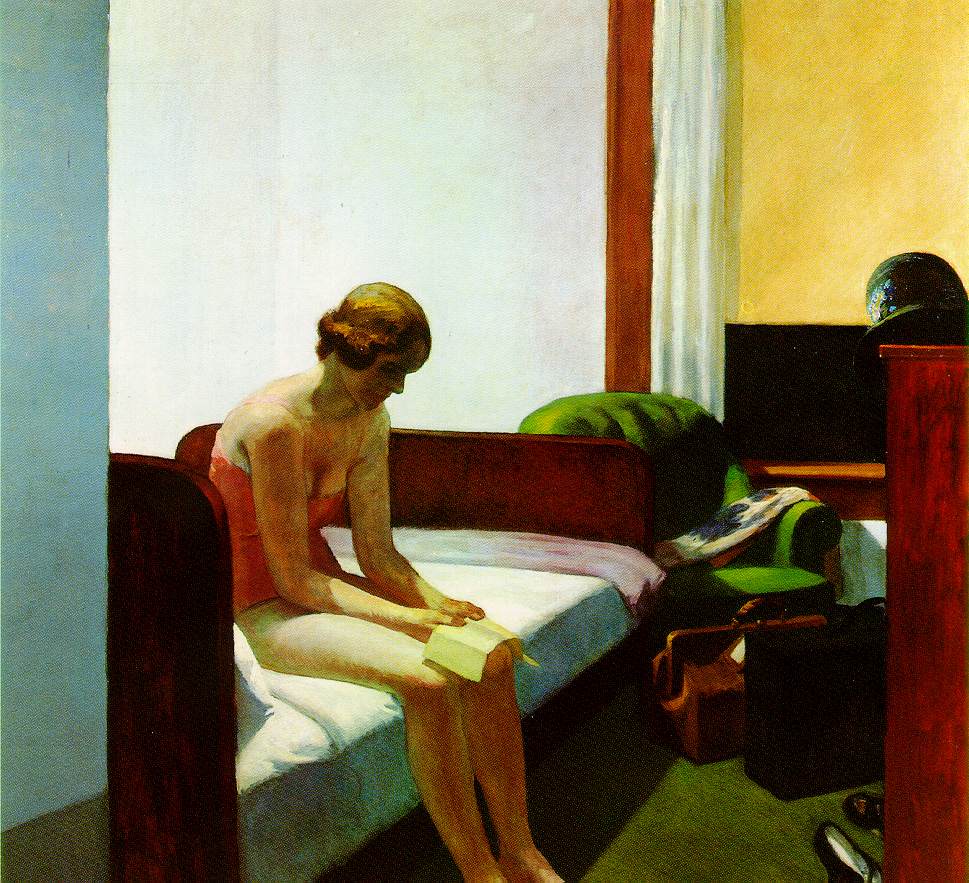 Hotels offer an opportunity to escape habits of mind, and it is not surprising that Hopper painted them repeatedly - Hotel Room (1931), Hotel Lobby (1943), Rooms for Tourists (1945), Hotel by a Railroad (1952), Hotel Window (1955) and Western Motel (1957). As the confidence of the 1920s gave way to the uncertainties of the Depression era, Hopper's subjects increasingly became uncommunicative figures, often alone in empty rooms. He translated their personal dramas into something timeless and universal, in images of stillness and solitude that suggest - but never describe - a narrative. Hopper's paintings invite endless interpretation; they have been variously described as representations of loneliness, alienation, melancholy or solitude - the angst in the soul of modern America. Emptiness and silence pervade Hopper's scenes. New Yorkers find themselves alone in the supposed privacy of their homes and hotel rooms, but also in the public realm of restaurants, lobbies, theaters, and the street. In New England, houses and lighthouses stand secluded on hillsides or along the coast. In other works, the presence of additional figures - a fellow diner, traveller, colleague, or spouse - only renders the isolation more acute by unfulfilled promises of true companionship.