All I Really Want

Available on:
Time Changes Everything (3.51) 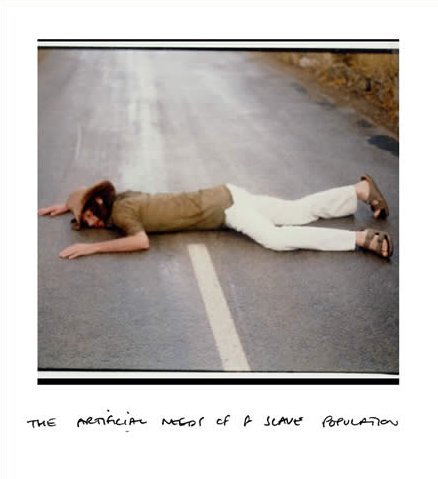 'The Artificial Needs Of A Slave Population', a photograph by John Squire which features in the debut LP collage. In his work, Jean-Jacques Rousseau addresses freedom more than any other problem of political philosophy and portrays how man in the state of nature is blessed with an enviable total freedom. This freedom, he argues, is total for two reasons. First, natural man is physically free because he is not constrained by a repressive state apparatus or dominated by his fellow men. Second, he is psychologically and spiritually free because he is not enslaved to any of the artificial needs that characterize modern society. Rousseau believed modern man's enslavement to his own needs was responsible for all sorts of societal ills, from exploitation and domination of others to poor self-esteem and depression. The creation of "conveniences" was the first yoke that man made for himself. For the first time, man developed artificial needs which Rousseau notes in a way became "true needs". Once man had created certain tools or conveniences for himself, he became unable to live without them; man became a slave to his own invented needs. What Rousseau says of these first conveniences holds for all future tools. "It became much more cruel to be deprived of them [conveniences] than to possess them was sweet and men were unhappy to lose them without being happy to possess them." {Jean-Jacques Rousseau, Discourse on Inequality, 1754}. What is progress and benefit from a material standpoint is burden and loss from a psychic one. The growth of possessions only multiplies the growth of needs so that, ever richer, we still lose ground. Rousseau fostered the emancipation of the subject in relation to the object (to that which is). The subject is left without defense faced with public opinion (one need only think here of the horror of abortion). From the rejection of the object comes the evanescence of the subject, which is thus ripe for undergoing all forms of slavery. Subjectivism, by exalting freedom of thought, results then in the crushing of thought.

John Squire made an artistic work entitled 'All I Really Want', a face mask of his partner Sophie Upton, in 2002:

"This is a face mask of my partner, Sophie. The letters refer to the number of a New York taxi that she left my wallet and passport in. It took us three days to find it and, when we eventually did, it drove past us. We grabbed another cab and I got to say those immortal words: 'Follow that cab !' We finally found it and got everything back. I thought it was fated."
(John Squire speaking to The Guardian, May 2004) 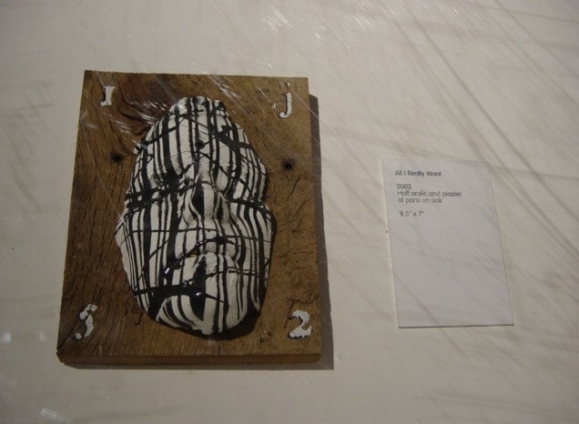 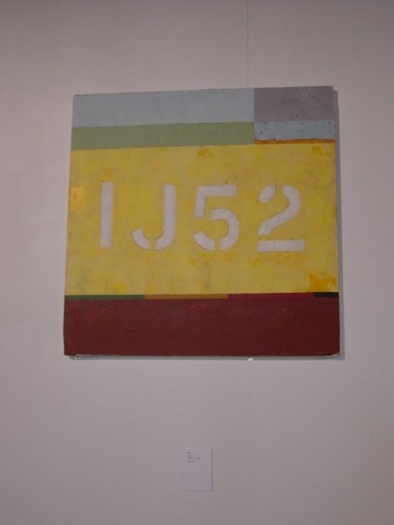