SIMON DAWSON became House Engineer at Rockfield Studios, Monmouth in 1988 and worked as Assistant Engineer there on the Roses' One Love single in 1990. Simon took over the reins of producer of the Roses' hugely anticipated follow up LP, Second Coming, in February 1994, following the departure of firstly John Leckie (in August 1993), and subsequently Paul Schroeder (in February 1994). He also mixed the front of house live sound for the Second Coming tour. He reveals in this interview that he has just finished recording John Squire's debut solo album. After the interview, TITD was the first both to receive the three track promo (finished mixes from the album, not mastered) and subsequently the promo of the full album.

This interview was the leading story on Xfm that week. 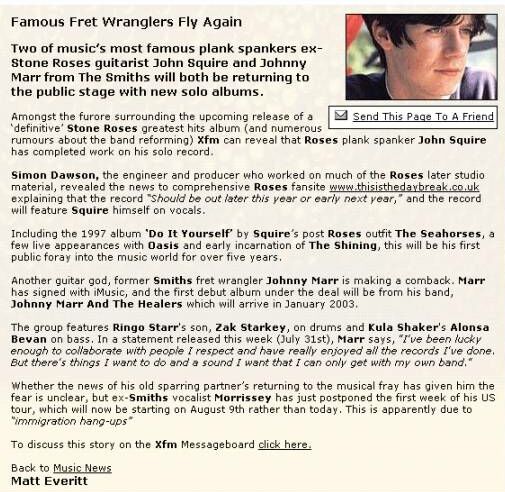 Thanks very much to Simon for taking the time to give this interview, especially considering that he has been busy recording John's solo album. Thanks also to everyone who sent in questions.

Q1) Did you notice a difference in the Roses' attitudes from the One Love sessions when fame had arrived, to when they were in the thick of the Second Coming sessions ?

No not really… their attitude so far as I remember was always pretty constant…. laid back creativity.

Q2) How would you describe the band's relationship with Geffen ?

I think it's true to say that the band had the upper hand with Geffen and I felt personally a responsibility to get the album finished at least to the mixing stage.

Q3) How regular were the visits from Record Executives, Advisers, etc ?

Tom Zutaut (from Geffen) made regular visits to listen to what we were doing and liked most of it, although I do remember him not liking Daybreak the first time he heard it, but coming round on subsequent visits.

Q4) Was any pressure applied to get the album out by the end of '94 at the latest ?

Fourteen months in the studio is too long to record and mix an album, but there were times when I thought it wasn't going to get finished for one reason or another. Media speculation grew during the time we were making the album and looking back that may have contributed to the time scale. Tours were planned for '95 and although I didn't agree, the decision was made to release at Christmas.

Q5) Do you know why Straight To The Man was never played live ?

Probably not right for the set…. It's a decision the band make in rehearsal.

Q6) Was John Squire the leader of the band decision-wise (circa Second Coming) ?

Q7) To what extent was there a communication breakdown between Ian and John circa Second Coming ? Did John isolate himself from the rest of the band socially ?

- I was never aware of Ian and John not talking to each other.
- John's personality is a little more private at times but he didn't specifically isolate himself socially.

Q8) When was the sequencing of the album decided ? Squire stated in a Guitar Magazine (July 1995) interview that he had considered segueing several songs together a la the second side of Abbey Road, but ultimately only managed to achieve this on Ten Storey Love Song running into Daybreak. Was there any reshuffling of the running order ? Some consider there to be a 'mid-album dip'.

It was never set in stone. There were a couple of alternatives and we went with what felt best at the time.

Q9) Who are Al 'Bongo' Shaw and Mark Tolle ? They are credited with some 'initial recording' in the sleevenotes for Second Coming. Do you know what they recorded and where ?

They worked on some pre-production stuff that I wasn't involved with but we ended up using.

Q10) How do earlier versions of Love Spreads differ from the final cut ?

There were three or four versions of Love Spreads before we hit the right groove for the song. The other versions were never finished or mixed, although I'm sure the backing tracks are lying around somewhere on 2".

Q11) Does a full electric band version of Tightrope exist and was it in a commercially releasable state ?

Q12) How would you describe and rate John Squire's singing ? On what other occasions, if any, apart from Tightrope and the Your Star Will Shine demos, have you heard him sing ? Do any recordings exist ?

Should be out later this year or early next year. 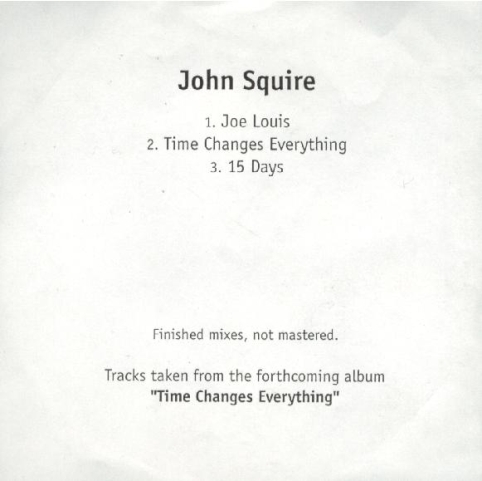 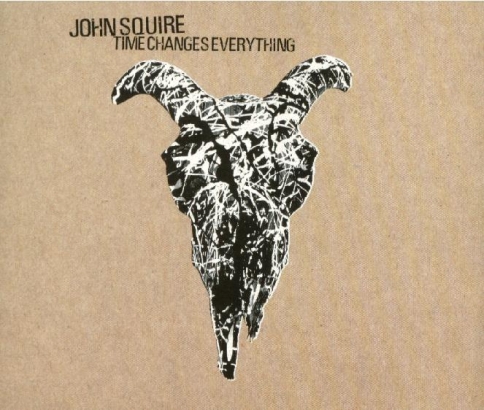 Q14) Did The Stone Roses ever attempt any of the material that appeared on Do It Yourself ?

Question for the band really…. although we did sketch out a song called 'Standing On Your Head' which I think ended up on a Seahorses album, completely reworked.

Yes, the guide vocal that Ian did with the backing track had such feeling (and other stuff like the tambourine he was holding at the time) that we used it for the master.

Q16) On several of the early 1995 concerts, Ian can be heard saying "Turn it up Si" (e.g., shortly into Daybreak at Paris Elysee Montmartre - 11th May 1995). Can you perhaps tell us what exactly he is referring to here ?

He may have been asking me to turn the out-front up in order to create a better vibe in the venue.

Q17) When challenged about the quality of his Second Coming vocals, Ian stated that such was the level of Squire's guitar live that he had trouble hearing himself. Can you give us a bit of info on the stage set-up ?

Without getting too technical, each band member have their own monitors on stage, so they can have whatever balance they like.

Q18) How did you achieve the backwards guitars that run parallel to the acoustic guitar on Your Star Will Shine ?

Turned the tape upside-down and John learned the song backwards.

Q19) How much of the drumming on Second Coming was actually Reni - some songs (Driving South, Begging You) avail of drum loops.

All of the main-stay drumming on Second Coming is Reni. Just one of Reni's main strengths is being able to play around a drum loop like nobody else in the world. Most other drummers will 'flam' when they hit drums at the same time as the loop. Reni plays with the loop and creates a feel and drum part from that, that you can use on its own or with the loop and knocks yer socks off.

Q20) Did the Roses ever bring in a session drummer to play on tracks because Reni wasn't around to play on certain occasions ?

Q21) Were you surprised when Reni left ? Was he enthusiastic about how things were going ?

Yes, I was surprised and upset because he (like the rest of the band) had become my friend. He was enthusiastic about the album although I think he wanted to have a bigger hand in mixing it. Reni's input on the album you can judge for yourself…. the stuff he and Ian did messing around with monitor mixes is in Ian's pillowcase and we'll probably never hear it again…… shame !

Q22) Some of my favourite vocals are on the Begging You remix. In particular the line "Since I took off the lid now there's nowhere to hide". This is very high pitched and is sung solo by what must be Reni. But on the album it is Ian singing with a guitar line mirroring it. This isn't a criticism but do you think that more time could have been spent on the overall 'sound' of the vocals and in particular the interplay between Reni and Ian ?

Q23) Breaking Into Heaven originally existed with vocals from the beginning. Do recordings exist of this earlier version of the song ?

We edited the 2", so the answer to your question is yes and no, although the earlier versions exist on DAT.

Q24) How much of a hand did John Squire have in producing the album ?

Similar to any song-writer.

Q25) Did you strike up a good working relationship with any member of the band in particular ?

No... I think I had a good working relationship with all of them.

Q26) What is your opinion of Robbie Maddix as replacement of Reni ?

He's a very solid live drummer and I think it worked well to begin with although he started using too many 'embellishments' for my taste as he became more confident.

Q27) Do you know of any Second Coming recordings of the Roses jamming for lengthy sessions ? Do many tapes exist ?

Q28) Were you asked to play the keyboard on the Second Coming tour ?

No, I wasn't asked - I would far rather do front of house anyway. I'm not a keyboard player by profession, but like playing the johanna down the pub when I'm loaded !

Q29) Did you mix the front of house live sound for every gig on the Second Coming tour ? Any particular favourite gigs ?

Yes, as far as I know... and one of my favourite gigs was the Feile Festival (6th August 1995) in Ireland, because it was one of the first shows that the Roses proved to themselves and a large crowd that they could do it on a big stage. Tightrope was pure magic that night.

Q30) Do you have any idea why the proposed 'Live' Geffen album never materialised ? Did you engineer & record pretty much every show on the Second Coming tour ? Which show(s) was the 'Live' album supposed to be based on ?

We recorded some shows (Manchester Apollo, Sheffield and Wembley December '95, I think amongst BBC recordings of others - Leeds). I expect the tapes are with Geffen who they belong to. No idea what or whether they'll ever do anything with them.

Q31) Could you foresee Squire wanting to leave during the tour ? Did you see the cracks in the band ?

Yes, most of the crew knew that there was a chemistry problem between some members of the touring party in the later stages of the ('95) tour. I didn't think they would work together again in the studio after the tour with that line-up.

Q32) Aside from John, do you still keep in contact with band members ?

Spoke to John this morning, spoke to Ian last year, see Mani from time to time. Haven't spoke to Reni (unfortunately) since we finished the last album.

Q33) Ian Brown has stated that on leaving Rockfield, he took with him a pillowcase full of recordings. Can you shed any light as to what this contains ?

Fourteen months worth of out-takes and late night alternative monitor mixes amongst other stuff.

Q34) Were any of the Second Coming gigs videoed (either officially or unofficially) to the best of your knowledge ? I have heard rumours that a video of Squire's last gig, Wembley '95, exists.

Q35) What are your opinions of the other Roses' respective solo work ?

I like most of the stuff I've heard and admire Ian hugely for getting his shit together. 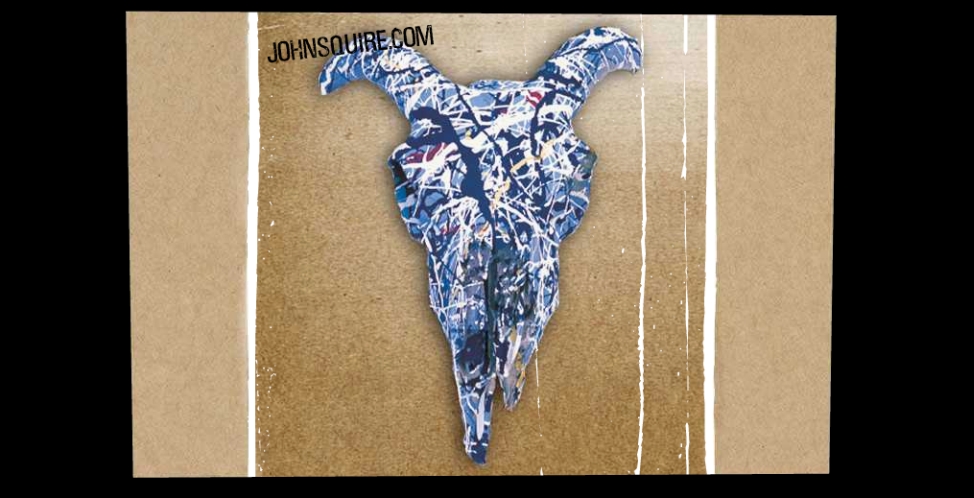