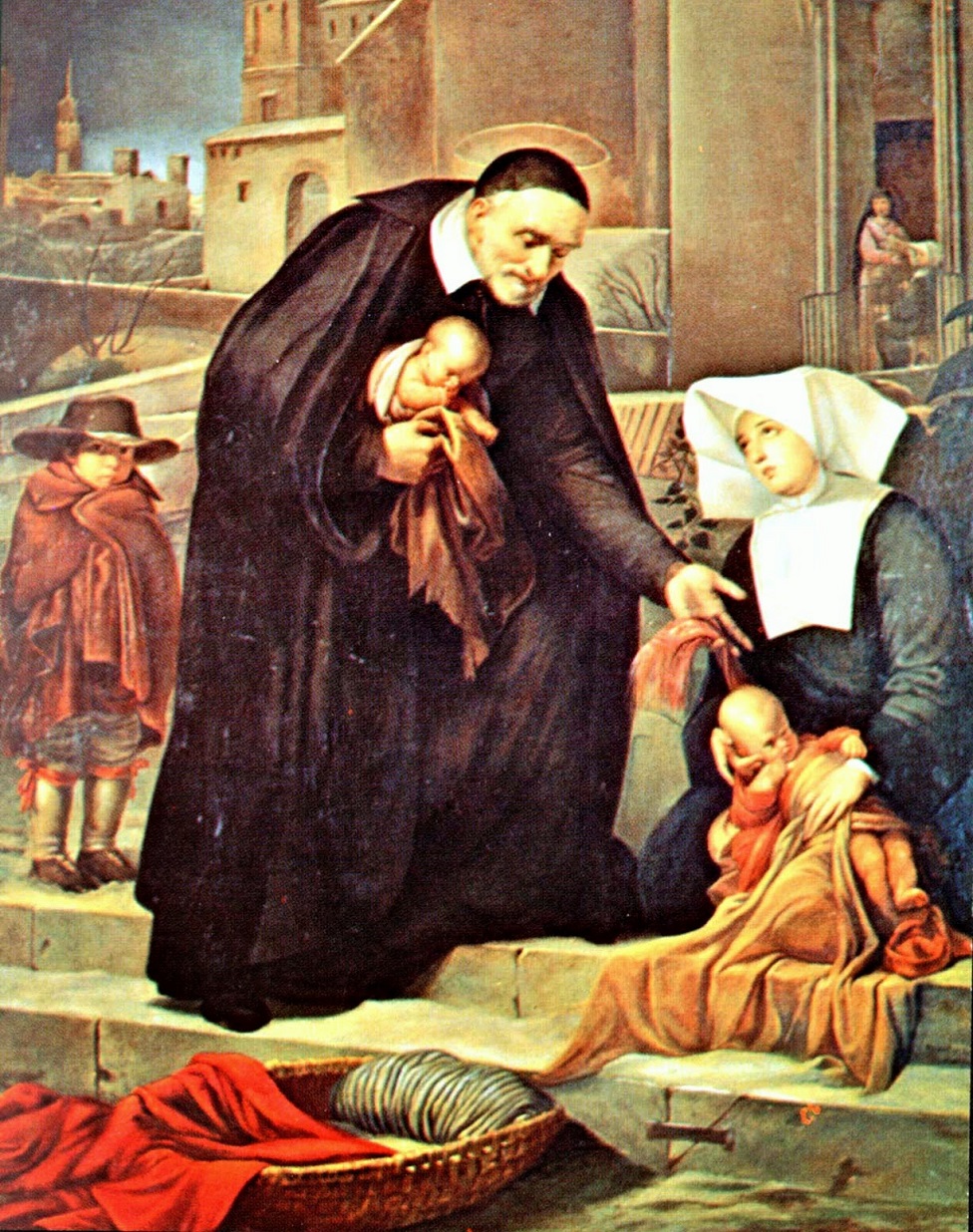 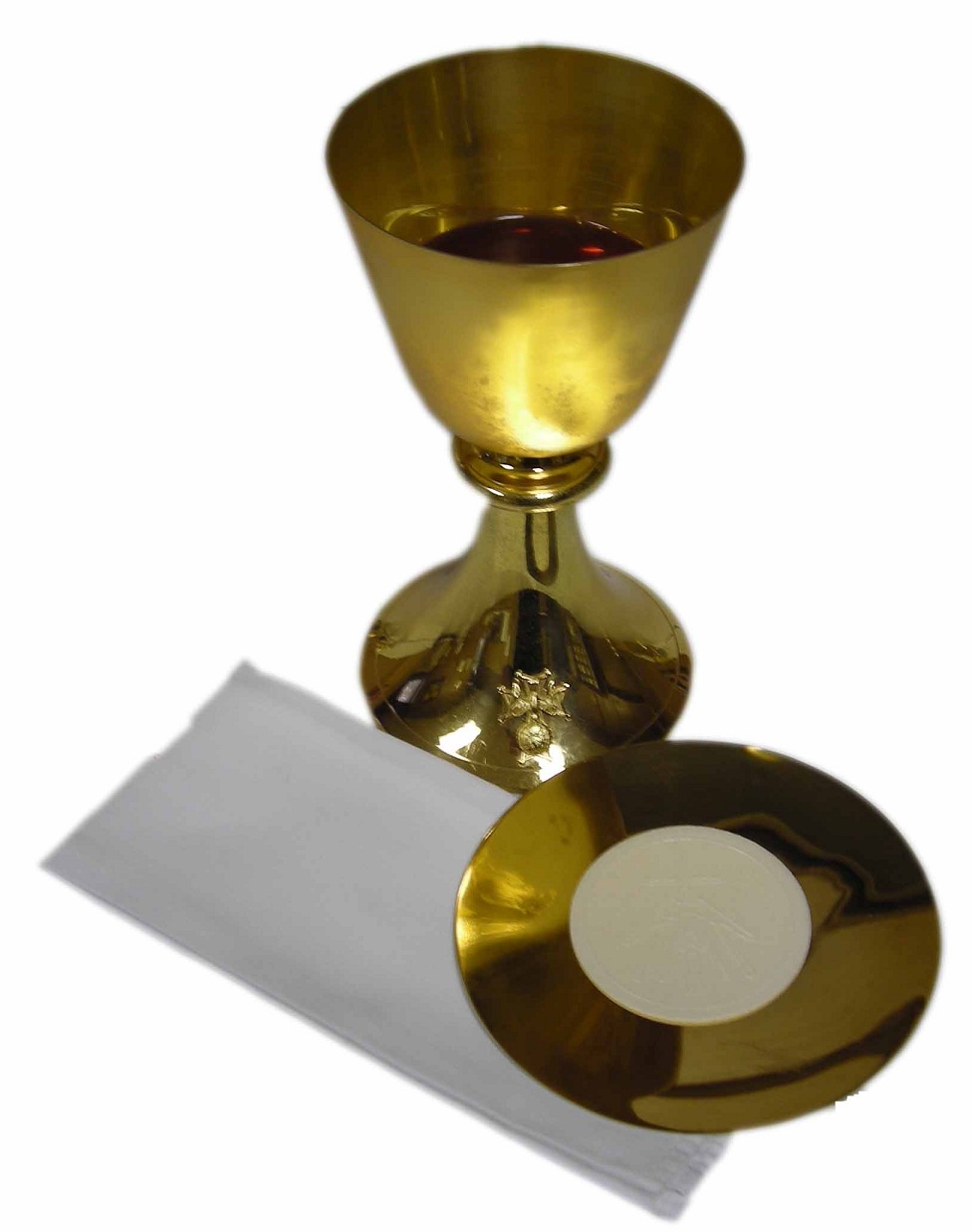 Top: St. Vincent de Paul, Apostle of the Poor, has every line of that Street Children chorus ticked, with two important distinctions. Firstly, he progressed very quickly beyond the 'wish' stage, and secondly, his home was built on solid Catholic foundations. Faith is a virtue, and virtue is inclined toward action, just as the strength in a muscle is inclined toward activity. Faith and works. Obedience of mind and will. "Hope has two beautiful daughters. Their names are anger and courage; anger at the way things are, and courage to see that they do not remain the way they are." (St. Augustine). We are not so heavenly minded as to be of no earthly good; being heavenly minded should inspire us to be more earthly good. Love is, after all, an act of the will, not an emotion.
Bottom: In order to foment antipathy toward the priesthood, Ian Brown is keen to give the impression that the Eucharistic Sacrifice is a proverbial wine and dine session. For anyone unfamiliar with what takes place at the Eucharist in the Catholic Church, here is what the priest is consecrating. Quite the gluttonous banquet of iniquity, as you can see for yourself. If you wish to see such diabolical hatred of the church in action in South America, see the satanic feminazi attack on the Cathedral of San Juan de Cuyo in November 2013. Truly, heaven and hell separated by inches. Every now and then, hell overplays its hand and shows its true colours.

CHAPTER 1. I AM BORN. To begin my life with the beginning of my life, I record that I was born. Every day, the Catholic Church feeds, clothes, shelters and educates more people than any other institution on the face of the planet. On the track immediately following Street Children, social justice warrior Ian Brown entertains a woman who spearheaded the largest pro-abortion rally ever seen on the island of Ireland. What about the rights - a quick one, just off the top of my head: the right to life - and well-being of those children, Ian ?* This is, after all, the foundational social justice issue. Whatever your cause, it's a lost cause unless you're allowed to be born. True equality allows all to be born and you can't be any poorer than dead. These babies were never allowed to see the light of day. Their cradle is their grave. If children cannot even find a safe home in the womb, then kick that fanciful home with ten million rooms firmly into touch. Among the first of God's creation to recognize our Redeemer and Saviour was a preborn child, John, the Baptist. The existentialist says you only become human when you can use your own will. A dehumanisation of the baby, the abortion industry's child-sacrifice to the god of promiscuity (Planned Genocide) is the prized possession of the diabolical realms. He was a liar and murderer from the beginning. All done in white gloves, this shedding of conscience is clinical evil, dismembering babies in the womb and selling them to get rich. Fetal Cannibalism, Planned Parenthood Style. All hail the return of Saturn's reign. Abortion is and will forever remain the sacrament of the licentious Left. Such is the state of the world today that the extreme left doesn't have to have children. They reproduce themselves by taking yours. 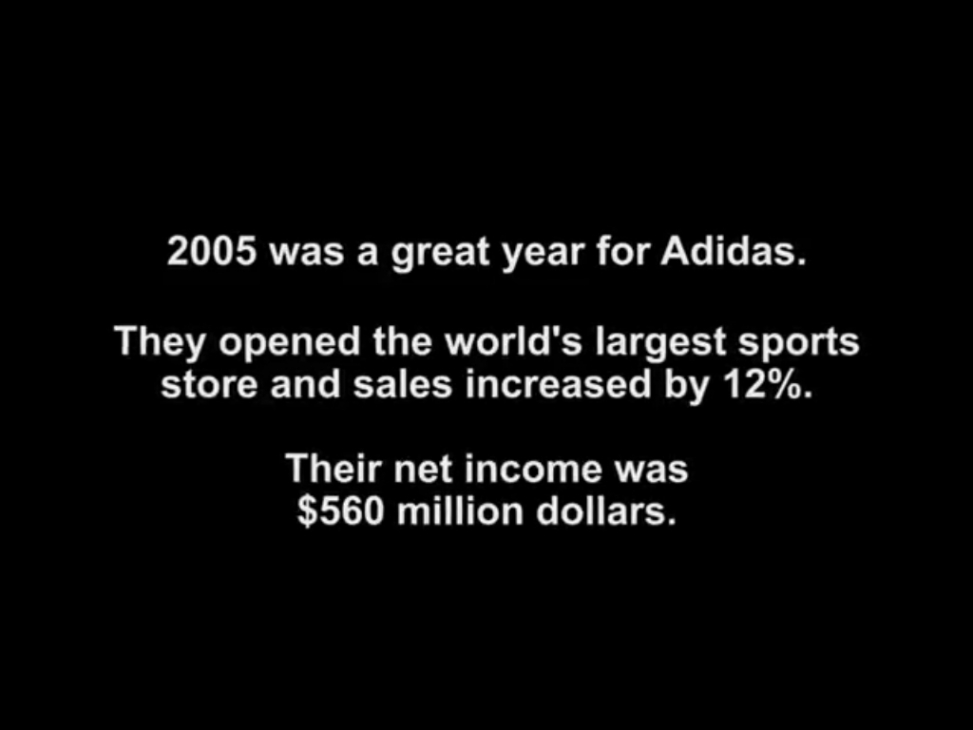 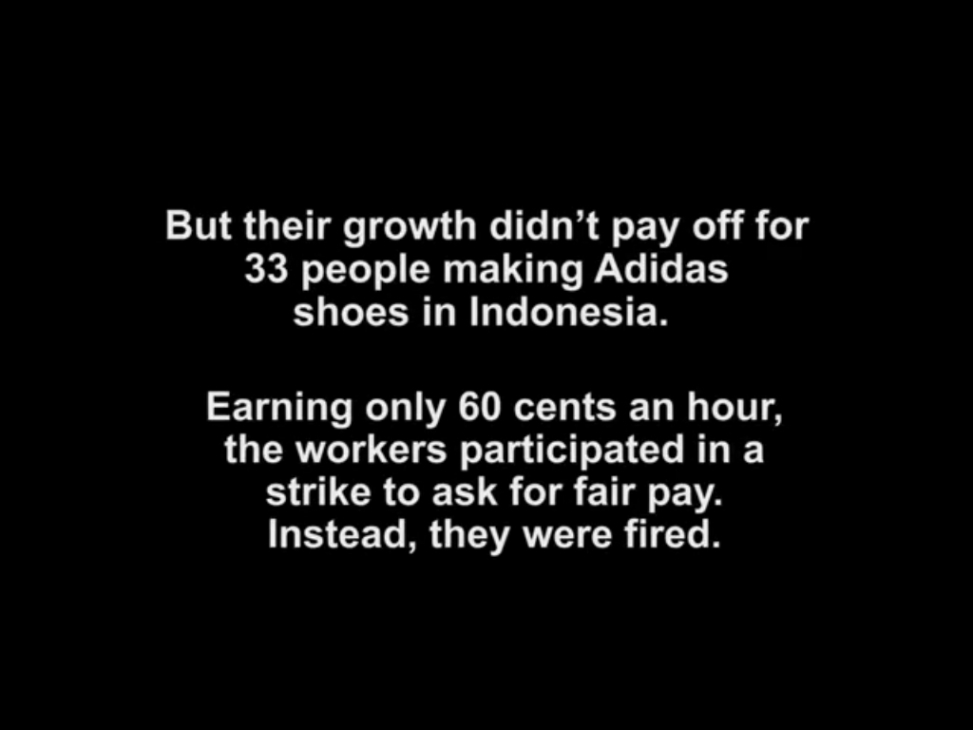 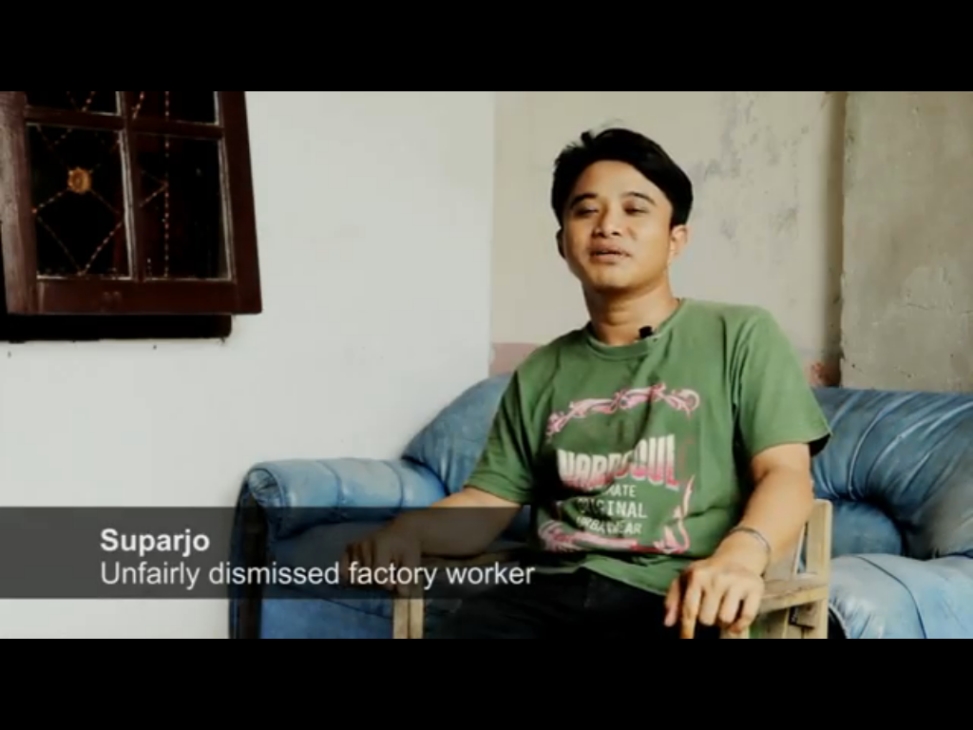 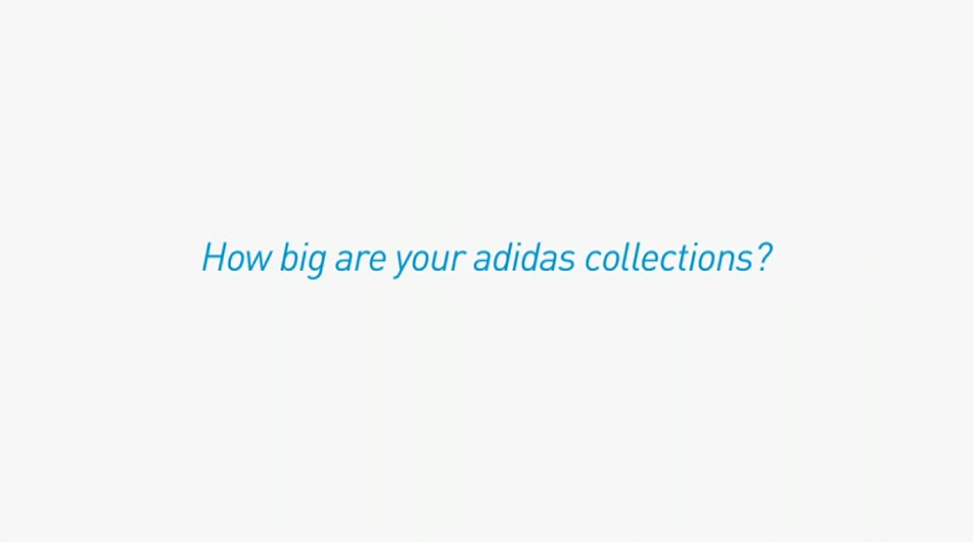 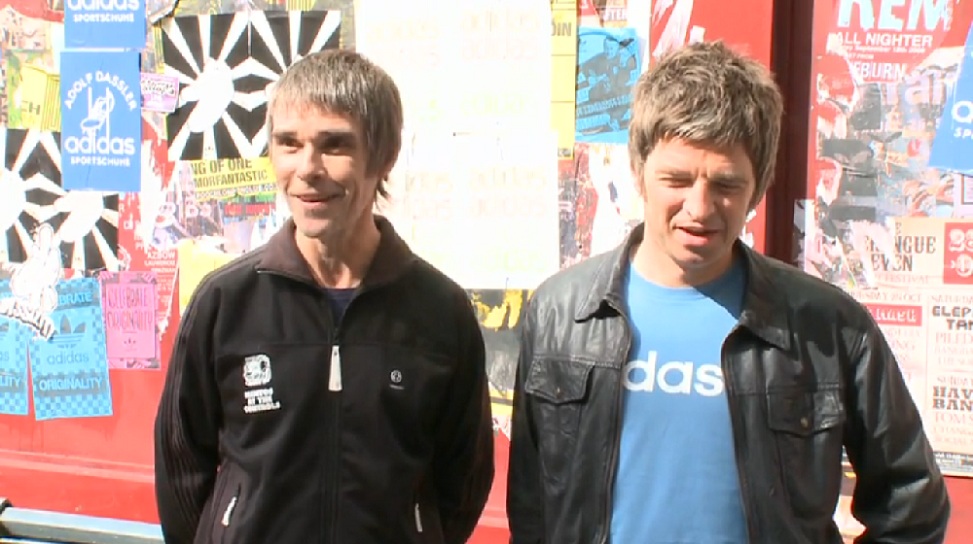 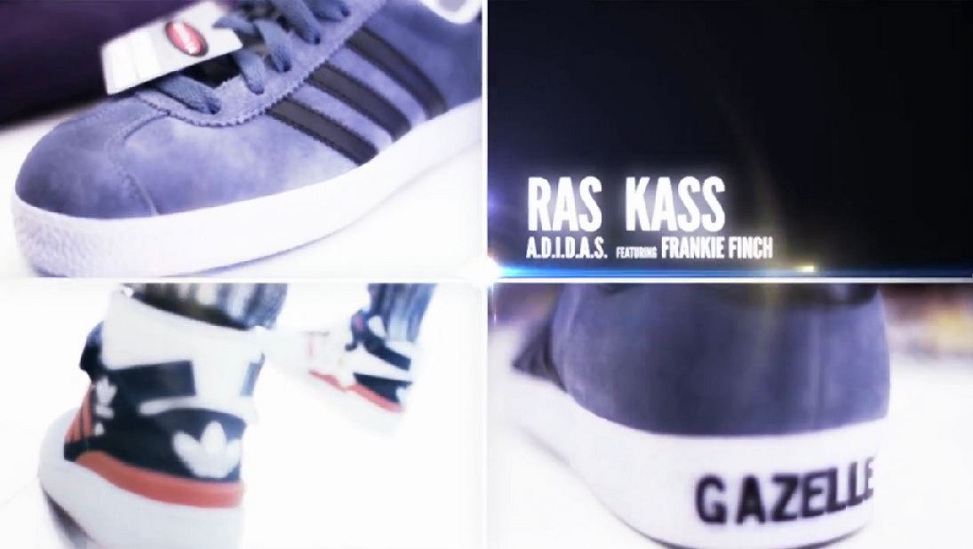 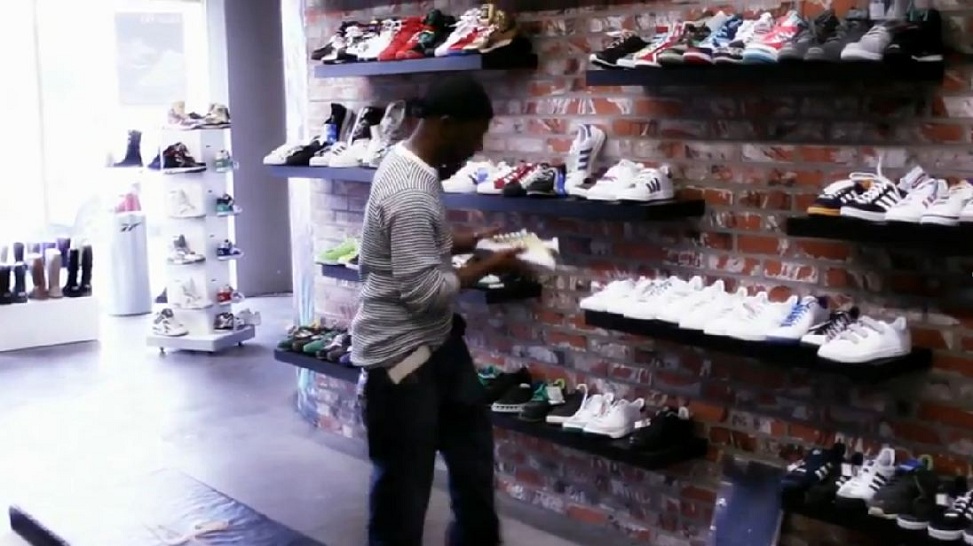 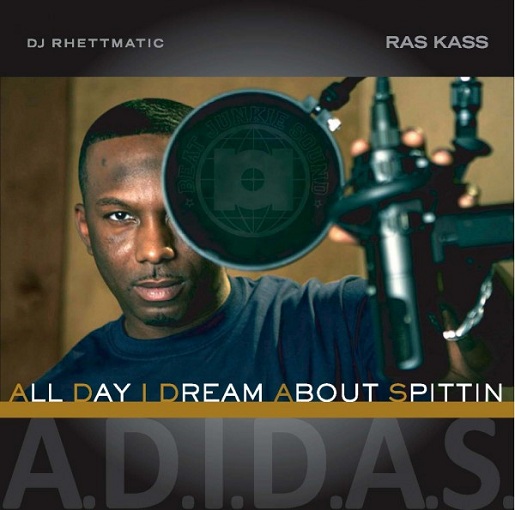 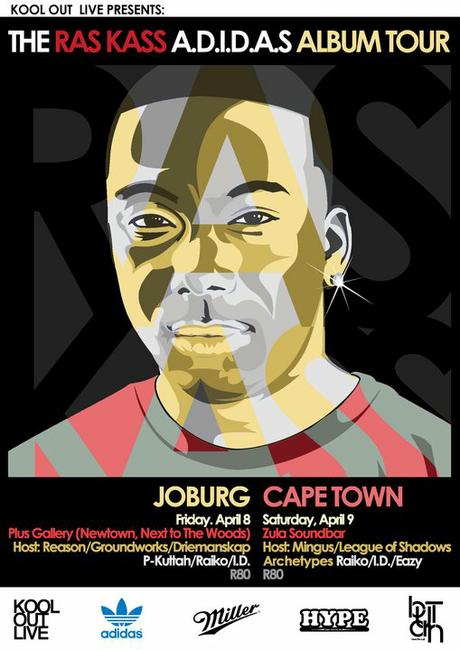 * "Stop killing babies" ? I could not agree more, Ian. Whisper those three words in the ear of Sinead O'Connor, who continues to fuel the cultural eugenics mindset, and see what sort of reaction you stir. Better still, get those three words printed on a T-shirt and stand outside Planned Barrenhood for an hour. But hey, no foxes are killed by rich people's hounds now. A gun does the trick instead. The true Catholic lives in a mode of confrontation with evil, identifying evil in its objective form; any other approach takes a subjective view of evil, factoring in a personalised filter process.
** Contrary to the impression given, these Adidas gifts are not falling divinely from the sky (the freebies being eulogized here by Ian, make no mistake, are corporate works of mercy). In February 2009, Ian disclosed to The Observer that he had been offered the opportunity to go to the 2008 Champions League final via private jet, by an Adidas associate. In May 2010, Ian revealed to the Manchester Evening News that promotional work for Adidas - which consisted of him chucking a beermat at a Star Wars alien - led to an invitation, first class, with three nights in a five star hotel in South Africa, to the 2010 World Cup final. The only thing preventing him from embracing the latter offer of kindness and love was a clash with festival commitments. Quite remarkably, the tone of Ian's description of this lavish World Cup Adidas package, at one point, veers towards implication that an air of gratitude should extend towards the singer for performing at a Belgian festival on the date of the World Cup final: "I could have had a first class trip to the World Cup final and I've had to turn it down cos I'm playing in some field in Belgium" #firstworldproblems. Don't let fans who have paid good money to see you stand in the way of your Adidas gravy train, Ian. Besides, if you put in a stellar performance, this nondescript field in Belgium might transform itself into a hub of Christianity.
*** In 2014, Ian and some Adidas hipsters embark on a 'sole searching' (their wordplay folks, not mine) rescue mission to Buenos Aires, where they load up on vintage Adidas gear. I wonder if the singer encountered any impoverished amigos on his travels ? As the sapling is bent, so grows the tree. On which note, Ian Brown cares as much about children from Rio de Janeiro as professional grievance-monger and all-round publicity hound Stephen Fry does about children with bone cancer; such false compassion and cheap emotionalism is a front for their own personal enmity against God's Holy Bride. The root cause of all suffering is sin. Ever since the days of Adam, man has been blaming God for his own iniquities (Gen 3: 12, "The woman you put here..."). Christianity would not have so many enemies at the Boy Buggering Club if it were not an enemy to their vices. Why are you geh ? Men's reactionary provocations against God are as simple as their diets. This is a man resigned to a life of perpetual victimhood. For the recently 'hitched' manic depressive Oscar Wilde imitator, atheism is not a doctrine; it is a cry of wrath. In a long-winded challenge to a God who he doesn't believe in, it turns out that the worm of his description (half-inched from the sainted eugenicist, David Attenborough) doesn't even exist. Question to Stephen Fry: Do you think that jamming a pair of scissors through the skull of a baby and sucking his/her brains out with a vacuum is an ethical practice ? Stephen Fry ? Based on the current trajectory, he most probably will. There is always the hope that this Twitter princess, like his idol, will become an eleventh hour Catholic convert; if not, he'll have another worm of his own to contend with, this one very real. Bummer.
**** Still peddling this line in May 2015, Wiggins managed to make it into Private Eye's Pseuds Corner when gushing about his knighthood. But it was musician Paul Weller who finally convinced Wiggins to accept the honour: "He gave me the nod on it. We were talking about it at my tailor's one day. I kind of had his blessing." They'll be knighting the fucking roulette ball next. In the same British Brainwashing Corporation article, Wiggins said that 'The Queen is Dead' was the first song to stop him in his tracks (not Don't Stop then, dickhead ?) and said of David Bowie's 'Sound and Vision', "I'd like that being played when I leave the world". This guy is a balloon. Better hope Ellie Ross isn't in charge of the tape deck for that one you galactic bellend. A cycling victory in 2016 "was like The Stone Roses at Heaton Park" according to Sir Bradley of Sideburnshire. Hold on a jiffy, Bradley. So, Warrington was Meadows' Spike Island and Biggles riding a bike in London was Heaton Park revisited ? I honestly can't keep up with this shit anymore.

Back To The World Is Yours