"Is your surname Kevorkian by any chance ?" 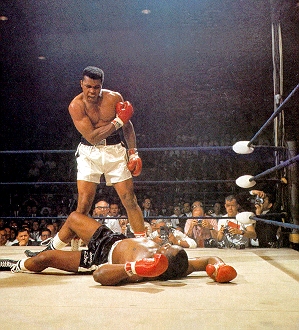 "When I was a kid, there was no-one bigger for me than Muhammad Ali. I can see that '74 Foreman fight as clear as a bell, and I got all the books. My walls were covered in Ali and Bruce Lee pictures, and later it would have been the Pistols."
(Ian Brown speaking to Uncut magazine, February 1998) 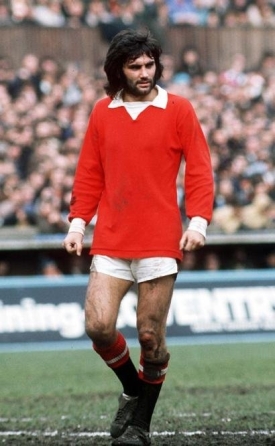 George Best, among the greatest footballers ever, played for Manchester United as a winger between 1963 and 1974, helping them to win the Football League Championship in 1965 and 1967, and the European Cup in 1968. He was named European Footballer of the Year and Football Writers' Association Player of the Year in 1968. Born in Belfast, he was regrettably never able to display his unique talent on the world stage with Northern Ireland. Best had a rare combination of pace, blistering acceleration, balance, goalscoring prowess and the ineffable ability to run through entire defences. His drinking problem, which developed while he was still a player, contributed to his early retirement from top-level football. George Best would give a young Ian Brown sweets when he and his friends hung around the Manchester United star's boutique in Manchester. "When I was seven or eight we used to go into town and he had a boutique on Bridge Street next to the barber. That was one of our haunts, hanging outside his boutique, waiting for him. I remember him pulling up in a yellow Lotus Europa with a blonde. There was a sweetshop round the corner and a few times George got us kids a bag of toffees like Fruit Salads and Black Jacks and said, "You can't hang here all day, lads." (Ian Brown speaking to The Observer, February 2009). In 2005, Ian paid tribute to the recently deceased star at a M.E.N. Arena performance. Click here to view the clip. In interviews, Ian would often compare The Stone Roses to George Best, saying that the band "George Best-ed it", in failing to reach their full potential over a prolonged period. Noel Gallagher would later appropriate this phrase; for example, when speaking about Oasis's performances at Glastonbury, he said "We always blow the big gigs. We always somehow manage to George Best it." Noel (and brother Liam) tailor comments made by The Stone Roses on a range of topics. For example, in 1989, The Stone Roses would often express a desire to get into the charts and, in turn, stamp out the likes of Phil Collins. Noel explained in a radio interview that his own description of Phil Collins as the Antichrist was simply him taking this one step further. 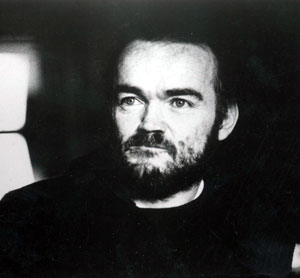 Christy Brown (5th June 1932 - 6th September 1981) was an Irish author, painter and poet, born in Crumlin, Dublin. One of thirteen surviving children, he suffered from cerebral palsy and was considered mentally disabled until he famously snatched a piece of chalk from his sister with his left foot. His autobiography, 'My Left Foot', was later expanded into the novel 'Down All The Days' and became an international bestseller, with translations into fourteen languages. 'My Left Foot', a film version of his autobiography, was filmed by Jim Sheridan in 1989, with Daniel Day-Lewis starring as Christy. The Pogues paid tribute to Christy Brown on 'Down All The Days', from their 1989 'Peace and Love' album. 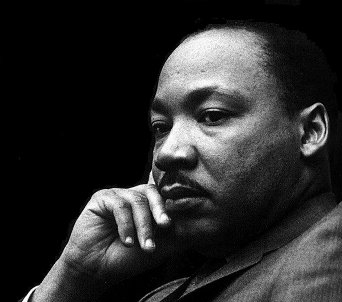 Martin Luther King, Jr., a Baptist minister and American political activist, was the spearhead of the American civil rights movement until his assassination in 1968. He received the Nobel Peace Prize in 1964 and was posthumously awarded the Presidential Medal of Freedom by Jimmy Carter in 1977 and the Congressional Gold Medal in 2004. In 1986, Martin Luther King Day was established in his honour. 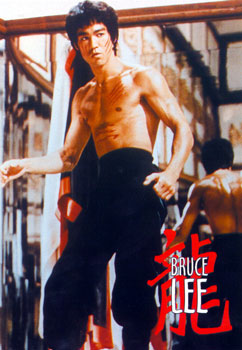 Bruce Lee posters adorned the young Ian Brown's room (an interest he developed from his uncle) and he was inspired to learn karate to one level short of the highest possible, training for seven and a half years; he gave up two months before his black belt at the age of 17. Bruce Lee is widely regarded as one of the most influential martial artists ever and a key figure of modern popular culture. His pioneering efforts paved the way for future martial artists and martial arts actors such as Jackie Chan, Jet Li and Chuck Norris, bringing martial arts films and actors to the mainstream. Many see Lee as a model blueprint for acquiring a strong and efficient body as well as developing a mastery of martial arts and hand to hand combat skills. 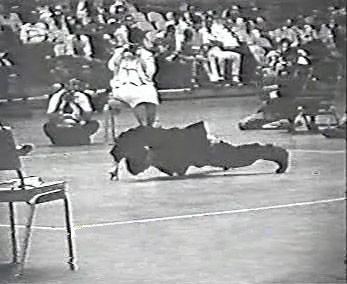 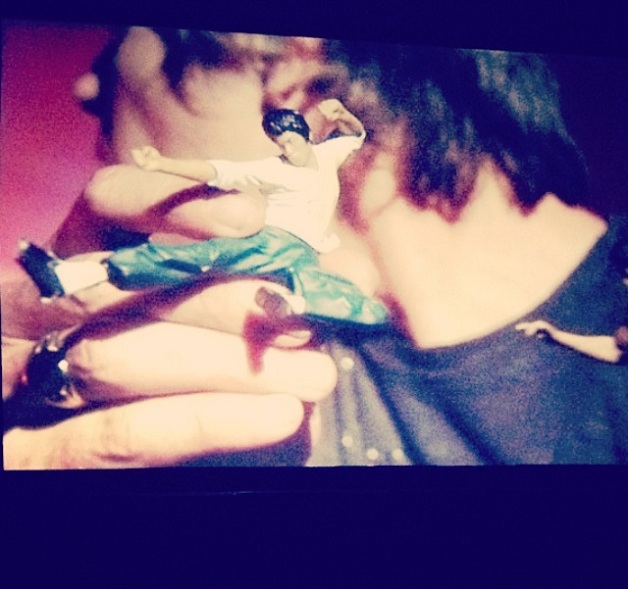 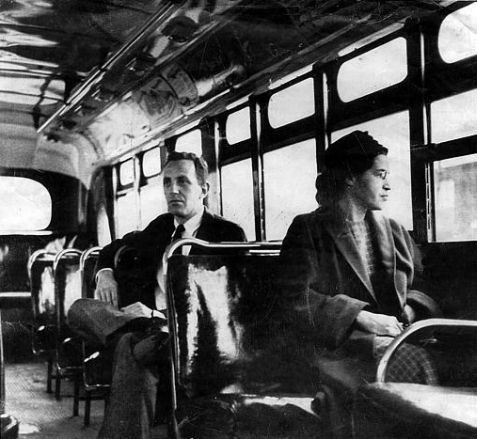 Rosa Parks was an African-American seamstress and civil rights activist whom the U.S. Congress dubbed the "Mother of the Modern-Day Civil Rights Movement". Parks' refusal on 1st December 1955 to obey bus driver James Blake's demand to give up her seat to a white passenger led to her arrest and trial for what was deemed an act of civil disobedience. This triggered the Montgomery Bus Boycott, one of the largest and most successful mass movements against racial segregation in history, notable for bringing Martin Luther King, Jr., one of the organizers of the boycott, to the forefront of the civil rights movement. See Daybreak.

Primal Scream rewrote snippets of lyrics from Daybreak on 'Star' ("Sister Rosa" ... "For the dreamers" ... "Keep keepin' on"), from their 1997 Vanishing Point LP. 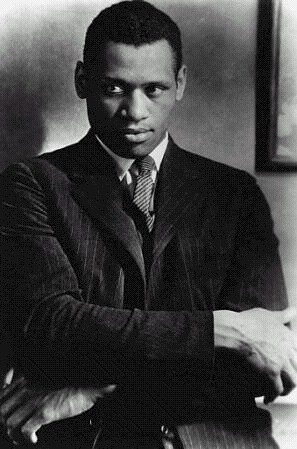 Paul Leroy Robeson (1898 - 1976) was an African-American concert singer (bass-baritone), recording artist, athlete and actor who became noted for his political radicalism and activism in the civil rights movement. The son of an escaped slave, Robeson was the first major concert star to popularize the performance of Negro spirituals and was the first black actor of the 20th century to portray Shakespeare's Othello alongside an all white cast. A nationally renowned American football player from 1917 to the early 1920s, Robeson was an All-American athlete, Phi Beta Kappa Society laureate during his years at Rutgers University. In 1923, he drifted into amateur theatre work and within a decade he had become an international star of stage, screen, radio and film. Robeson went on to be a recipient of the NAACP's Spingarn Medal, the Stalin Peace Prize and of honorary memberships in over half a dozen trade unions. James Earl Jones, Sidney Poitier and Harry Belafonte have cited Robeson's lead film roles as being the first to display dignity for black actors and pride in African heritage. Though one of the most internationally famous people of the 20th century, blacklisting during the Cold War has largely kept Paul Robeson out of mainstream interpretations of history. At the height of his career, Robeson chose to become primarily a political artist. Rising to prominence at a time when segregation was legal in the United States, Robeson was courageous in his fight against racism. In the late 1940s, when anti-Communist fear in the U.S. was beginning to reach paranoic levels, Robeson openly questioned why African-Americans should fight in the army of a government that tolerated racism. Because of his outspokenness (and his call for peaceful relations with the Soviet Union), he was accused by the House Un-American Activities Committee (HUAC) of being a Communist. Eighty of his concerts were cancelled, and in 1949 two interracial outdoor concerts in Peekskill, N.Y. were attacked by racist mobs while state police stood by. Robeson responded, "I'm going to sing wherever the people want me to sing...and I won't be frightened by crosses burning in Peekskill or anywhere else." In 1950, his passport was revoked under the McCarran Act over his work in the anti-imperialism movement and what the U.S. State Department called Robeson's "frequent criticism while abroad of the treatment of blacks in the US." Under heavy and daily surveillance by both the FBI and the CIA, and publicly condemned for his beliefs, Robeson was blacklisted, his income fell dramatically and he became very nearly a non-person.

Campaigns were simultaneously launched in the USA and UK to protest the passport ban. In the UK, The National Paul Robeson Committee was formed, sponsored by Members of Parliament as well as writers, scholars, actors, lawyers, trade union leaders and others. The Committee began a 'Let Paul Robeson Sing' mass petition, which gathered signatures from tens of thousands of supporters. Over the next four years, many prominent figures in Britain argued for the restoration of Robeson's right to travel. The group held a conference and concert at St Pancras Town Hall, London headed by Cedric Belfrage, on 26th May 1957, with Robeson singing direct from New York over a telephone connection. The b-side of Let Robeson Sing features a cover of 'Didn't My Lord Deliver Daniel ?', the spiritual sung by Robeson as part of this 1957 telephone performance. Robeson's right to travel was restored in 1958, but his health was soon to deteriorate. The cause of this has been the subject of controversy and speculation. Paul Robeson, Jr. argued for years that his father's health problems stemmed from attempts by CIA and MI5 to "neutralize" his father. He remembered that his father had such fears prior to his prostate operation. He said that three doctors treating Robeson in London and New York had been CIA contractors, and that his father's symptoms resulted from being "subjected to mind depatterning under MK-ULTRA", a secret CIA programme. Robeson biographer Martin Duberman's view was that given the most available evidence, Paul Robeson's health breakdown was brought on by a combination of factors including extreme emotional and physical stress, bipolar depression, exhaustion and the beginning of circulatory and heart problems. Duberman added that "even without an organic predisposition and accumulated pressures of government harassment he might have been susceptible to a breakdown." By 1965, Robeson was forced into permanent retirement and spent his final years in Philadelphia, Pennsylvania. Advocates of Robeson's legacy have restored his name to history books and sports records, honoring his memory throughout the world with posthumous recognitions. 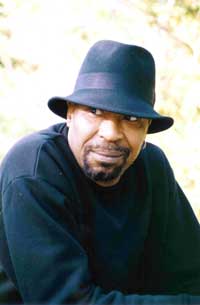 Geno Washington was a US serviceman stationed in East Anglia who became so well known as an impromptu performer in London's clubs that he was asked by Pete Gage, guitarist of The Ram Jam Band, to front his new outfit in 1965. And so, on his release from the US Airforce, Geno became a professional singer. The Ram Jam consisted of Geno Washington (vocals), Pete Gage (guitar), Lionel Kingham (saxophone), Buddy Beadle (saxophone), Jeff Wright (organ), John Roberts (bass guitar) and Herb Prestidge (drums). Geno released five albums with The Ram Jam Band between 1966 and 1969 before embarking on a solo career in the mid-1970s. He was the catalyst in Ian Brown's transition to Stone Roses frontman (see Superstar).