"There's no way out, no triumph of the will" 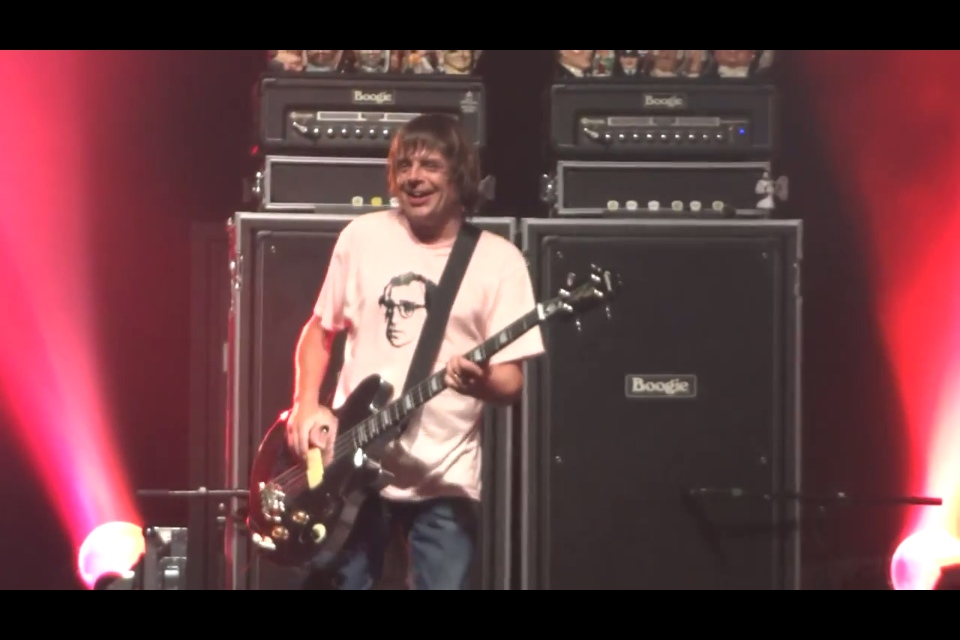 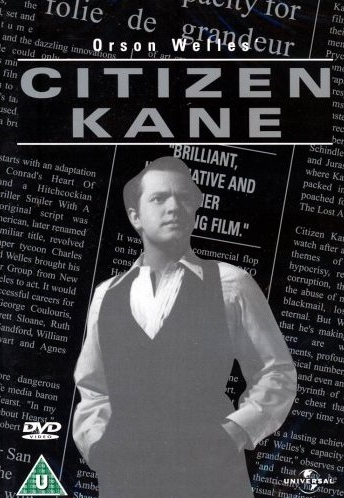 This, along with Easy Rider, are Ian Brown's two favourite films ever. 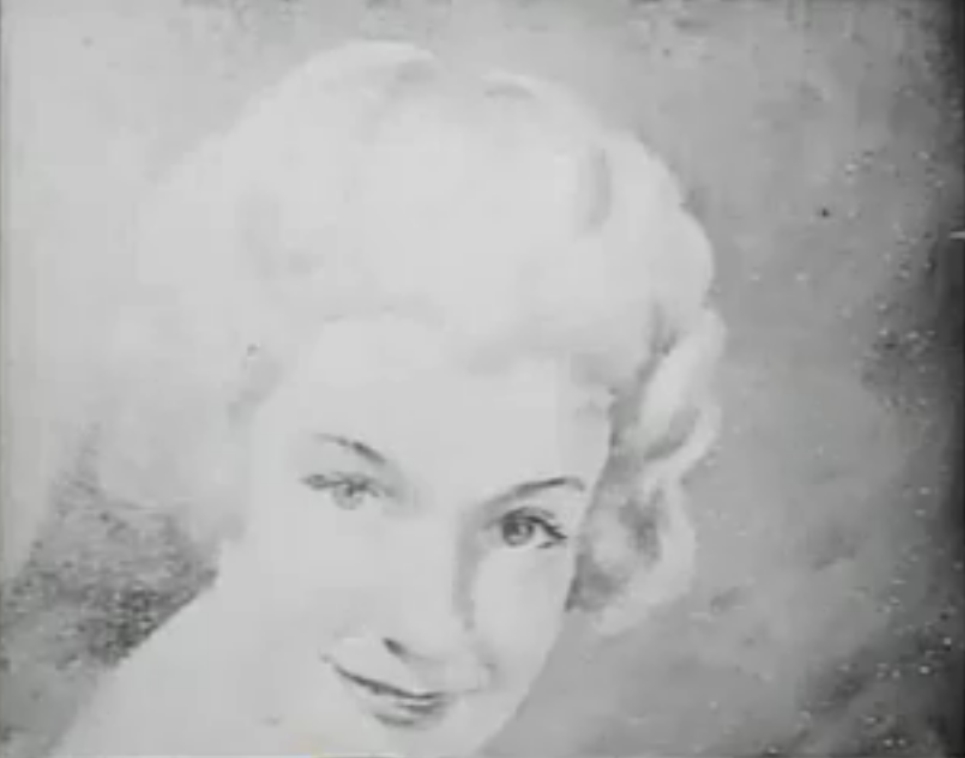 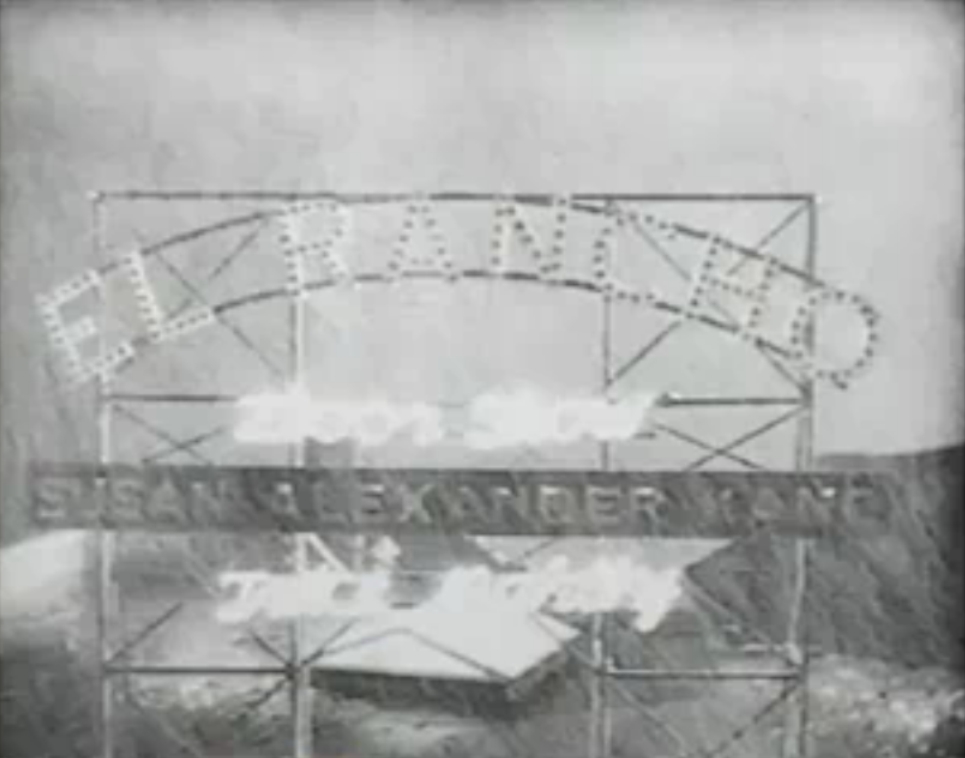 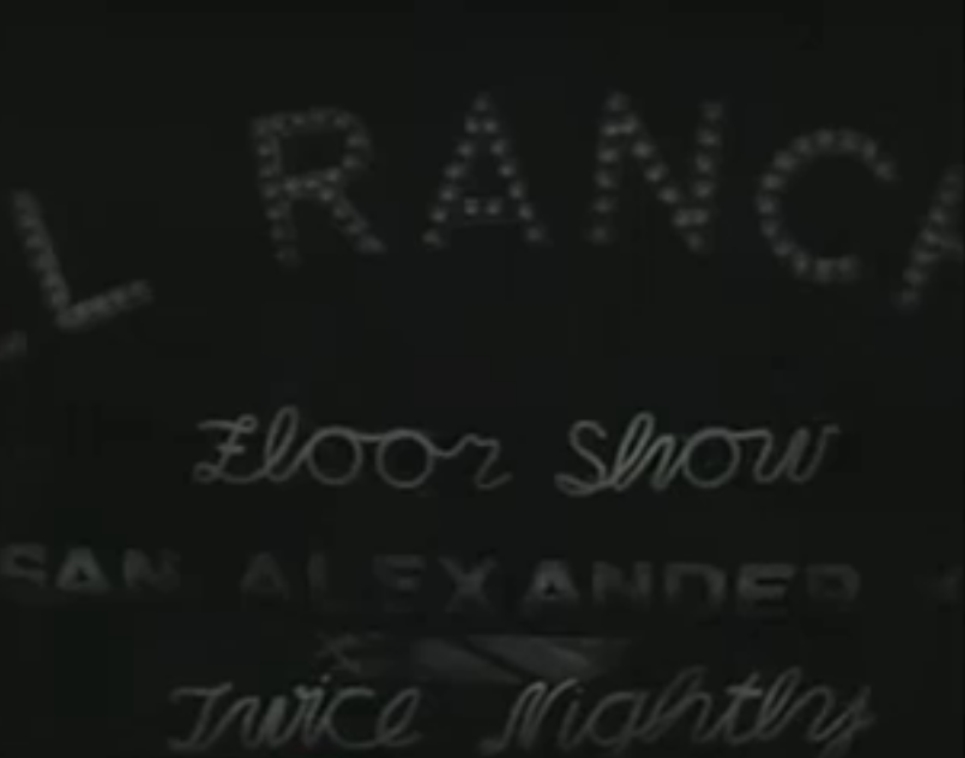 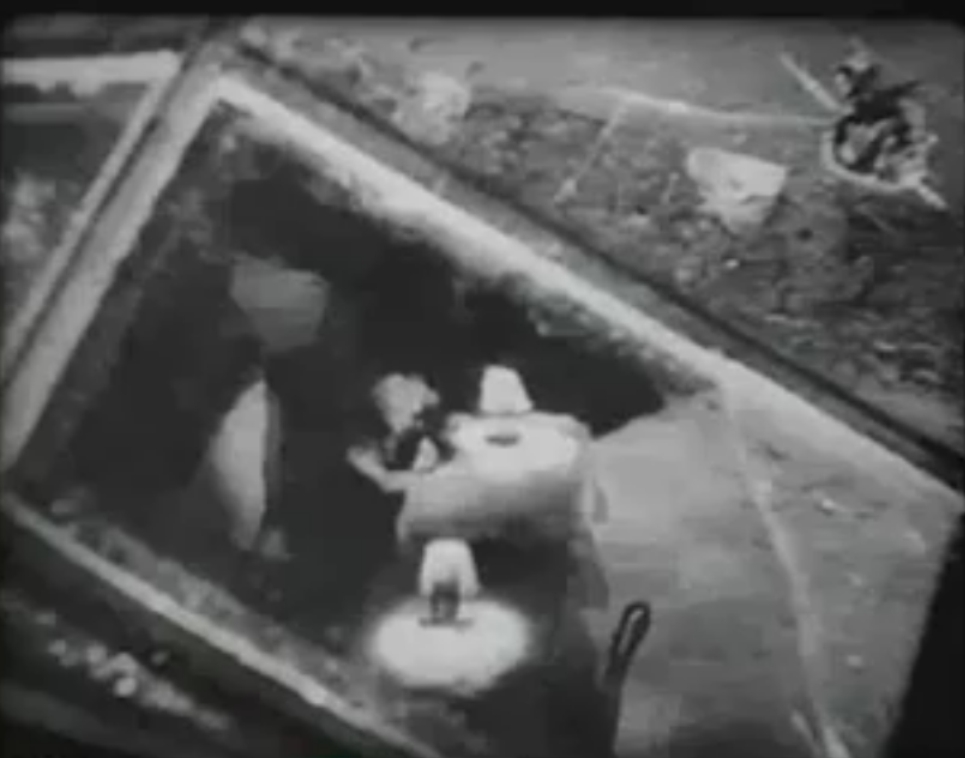 "I love that shot in Citizen Kane where it goes over the top of the roof and it's raining. Amazing. Blows your mind every time I see it." (Ian Brown speaking to Top of the Pops, August 2005)

Ian once watched Citizen Kane repeatedly at a Manchester cinema from 11am until past midnight, and can quote large chunks of dialogue from it. Orson Welles' non-linear narrative about greed, power, and loss, was the most technically innovative film to come out of the 1940s, and practically defined the modern method of filmmaking. Many critics have since claimed Citizen Kane to be the finest film ever made. 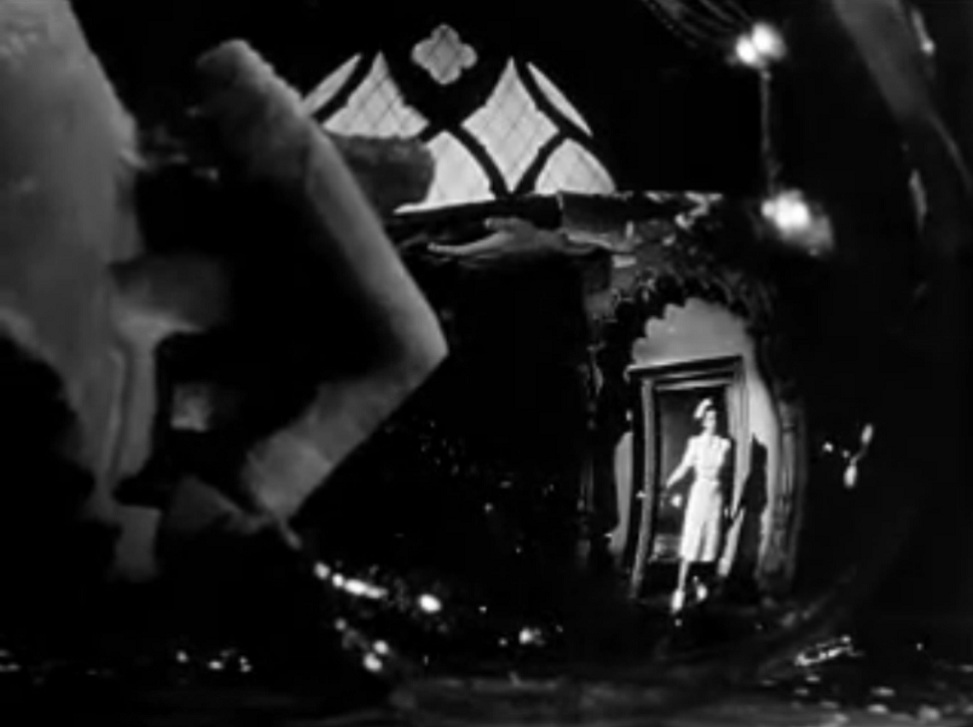 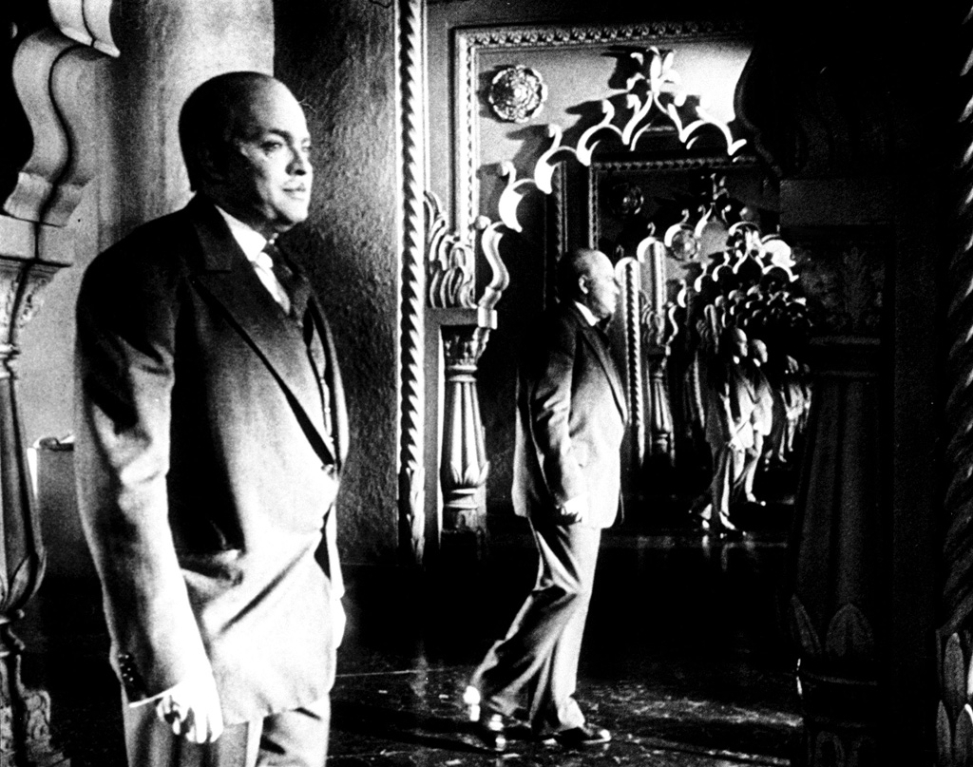 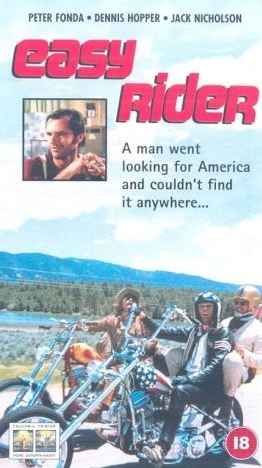 Easy Rider is a 1969 road movie, written by Peter Fonda, Dennis Hopper and Terry Southern. It was produced by Fonda and directed by Hopper. It tells the story of two young men, Wyatt (played by Fonda) and Billy (Hopper), who "went looking for America but couldn't find it anywhere." The film is seen as the embodiment of the hippie ideals and lifestyle of the 1960s counterculture.

Journalists reviewing the Roses' debut LP often cited The Byrds as the strongest formative element of their sound. Perhaps wary of being tagged with one specific sound, Ian would, at the time, refute this (whereas John has been more open in acknowledging this). The Byrds feature on the soundtrack of Ian's favourite ever film:

1. The Pusher (Steppenwolf)
2. Born to Be Wild (Steppenwolf)
3. The Weight (performed by The Band in the film, by Smith for the soundtrack due to legal issues)
4. Wasn't Born to Follow (The Byrds)
5. If You Want to Be a Bird (Bird Song) (The Holy Modal Rounders)
6. Don't Bogart Me (Fraternity of Man)
7. If 6 Was 9 (The Jimi Hendrix Experience)
8. Kyrie Eleison / Mardi Gras (When the Saints) (The Electric Prunes)
9. It's Alright Ma (I'm Only Bleeding) (Roger McGuinn)
10. Ballad of Easy Rider (Roger McGuinn)

The "Stone cold wild / True nature child" rhyme on Daybreak has strong traces of Steppenwolf's Born to Be Wild: "Like a true nature's child / We were born, born to be wild." 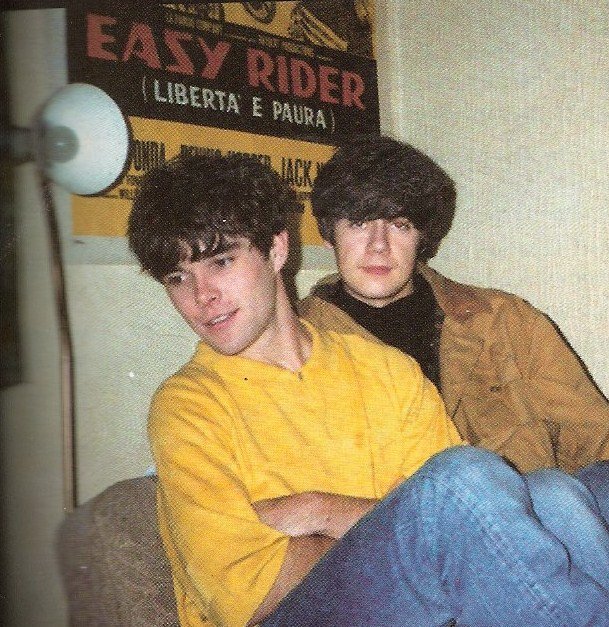 Ian Brown and John Squire, with an Easy Rider poster in the background. 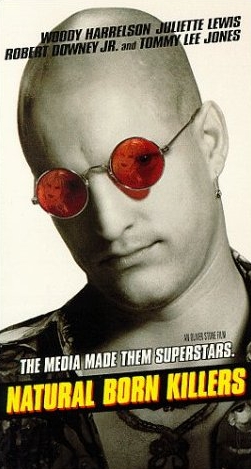 Speaking to The Face in March 1995, John Squire states that he has watched this Oliver Stone film "four or five times.":

John Squire doesn't manage to leave his room during my time with the The Stone Roses in LA. The doctor visits every day. Meal trays come and go, the sound of Natural Born Killers on his TV spills sporadically into the corridor and the gut-wrenching, terminal coughing is never ending. The band's guitarist, principal songwriter and sleeve artist is not well at all.

A couple of days after I arrive back in London, however, the phone rings and John's voice is on the line, agonisingly faint, but full of apologies. He still breaks off sentences to cough violently, but is much improved: he's been playing guitar to himself in his room ("some of the old songs, 'Waterfall', 'Adored', 'Resurrection'") and has now managed to watch Natural Born Killers "four or five times".
(John Squire speaking to The Face, March 1995)

Quentin Tarantino wrote the screenplay, which Stone, Richard Rutowski, and David Veloz extensively edited. Tarantino, unhappy with the rewritten version, publicly disowned the script and asked that his name be removed from the screenwriting credits. Despite Tarantino's objections, his name still appeared in the credits. The movie's intention was to highlight the sensationalised way that crimes are depicted in the media and the way killers are virtually regarded as cultural heroes; some failed to grasp the film's highly stylized critique of the media's glamorisation of violence, instead criticising the work for its excessively graphic and violent content.


Planet Of The Apes 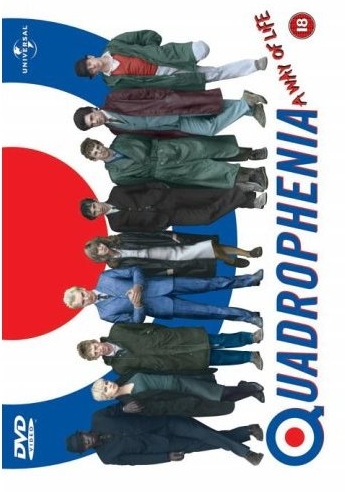 Quadrophenia is a 1979 British film based on the 1973 album by The Who, starring Phil Daniels as a Mod named Jimmy. Set in London in 1964, Jimmy is a member of a Mod gang (well-dressed youths who ride Vespa and Lambretta scooters), who are always in conflict with Rockers, who in turn wear black leather and ride motorcycles. Disillusioned by his parents and a dead-end job in an advertising firm, Jimmy only finds an outlet for his teenage angst with his mod pals Dave, Chalky and Spider. A three-day bank holiday provides the excuse for the rivalry between the two gangs to come to a head, as they both descend upon the seaside town of Brighton. The film is a reflection of the punky, pre-Thatcherite Britain, documenting the amphetamine-fuelled narcissism of youth culture in the 1960s. 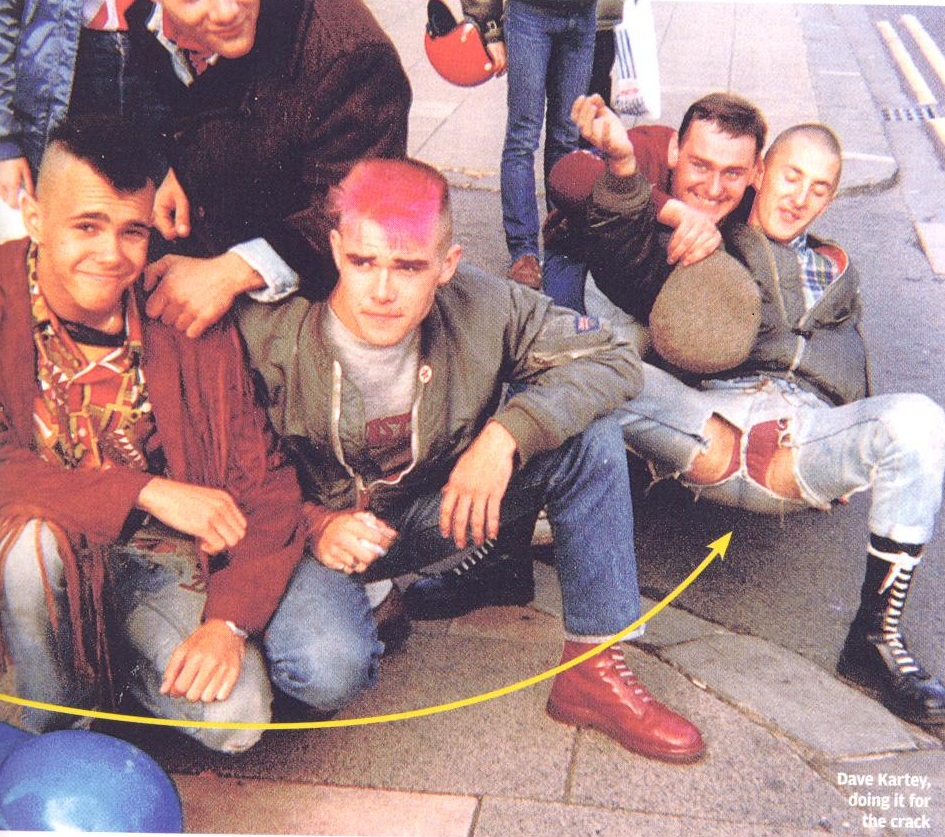 Cressa, Ian Brown and an exposed Dave Kartey (aka Kaiser, vocalist with The Waterfront) at a scooter rally in Morecambe Bay, 1983.

Ian already had an interest in scooters (through its association with Northern Soul) but John's interest blossomed when he saw this film, and, soon after, he assembled his own Lambretta. Mani first met Squire and Brown via an ad hoc network of early 80s Manchester scooter gangs, congregating to picket National Front demonstrations. The Stone Roses would meet The Who's Pete Townshend at their first ever gig, at Hampstead Moonlight in 1984 (Reni also performed with Townshend at this gig). 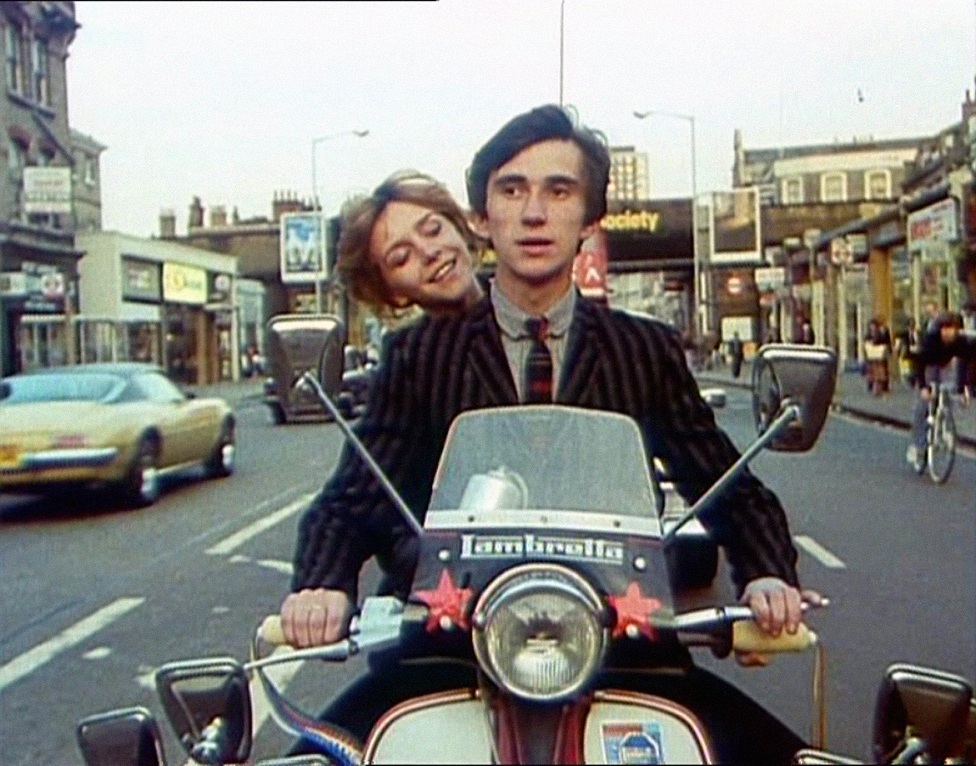 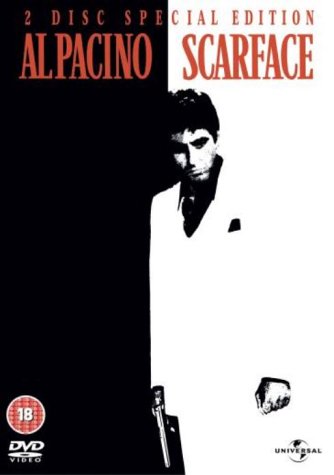 Ian Brown's 2007 LP, 'The World Is Yours' takes its name from Scarface, directed by Brian De Palma (so too does the third single from rapper Nas' debut LP, 'Illmatic'). Musically, parts of Ian's album bears the influence of Giorgio Moroder's soundtrack. 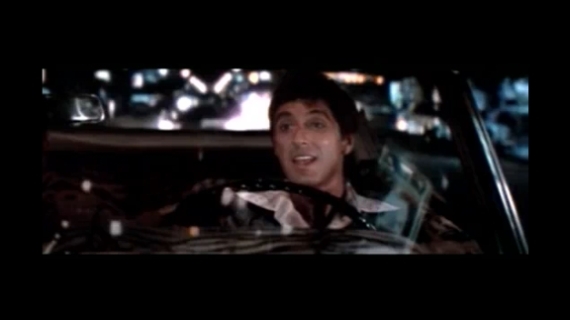 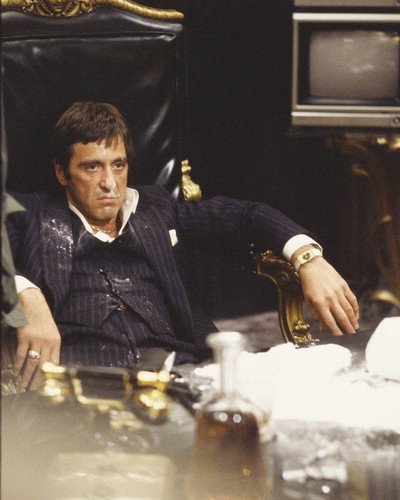 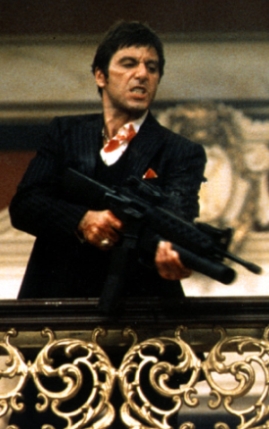 Top: "Me, I want what's coming to me... The world Chico, and everything in it." Tony Montana descends into a cocaine-fuelled downward spiral.
Middle: In one scene, Montana looks into the sky and sees a blimp alit with the words, 'The World is Yours.'
Bottom: During the film's finale, Montana falls from the balcony into a small pool in the lobby below, beneath a statue carrying this very inscription. 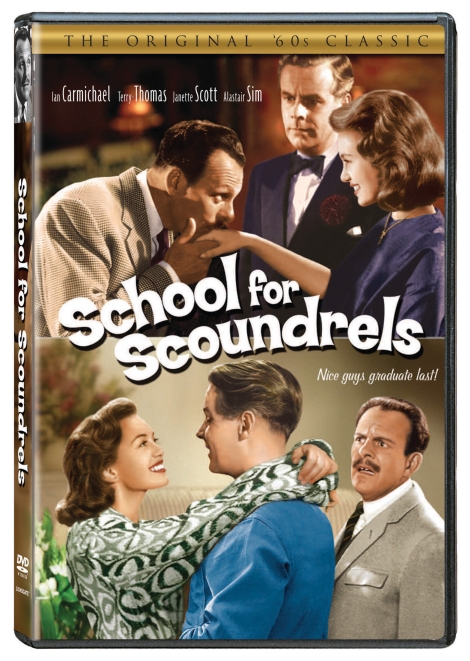 School for Scoundrels is a 1960 British comedy film inspired by the 'Gamesmanship' series of books by Stephen Potter. The main character, Henry Palfrey (Ian Carmichael), is a failure in sport and love, and victim of conmen. He enrols at the 'College of Lifemanship' in Yeovil, run by Professor Potter (Alastair Sim), who teaches him how to win in life and get the better of his rival, Raymond Delauney (Terry-Thomas), through various underhand, but not exactly dishonest, means. A John Squire artwork from 2008 takes its title from a speech at the beginning of this film.

"You all know that in the beginning there were Adam and Eve. You'll remember that Adam bit into that apple. At which moment the first loser was born. Yes, the pattern was set and the world divided. Not into male and female, that's just a mere superficial division of minor importance. No gentleman, there is another division, another dichotomy more basic, more profound. At that fateful moment, the world was divided into winners and losers, top men and underdogs. In a word, the one up and the one down."
(Professor Potter's speech at the College of Lifemanship, Yeovil). 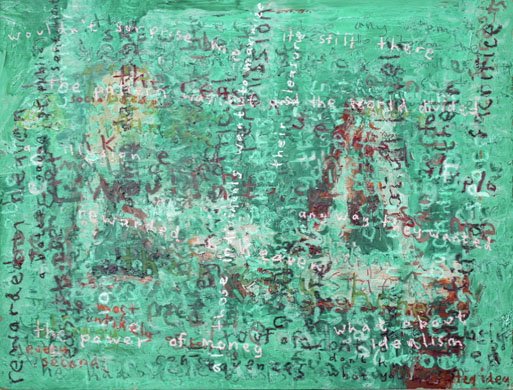 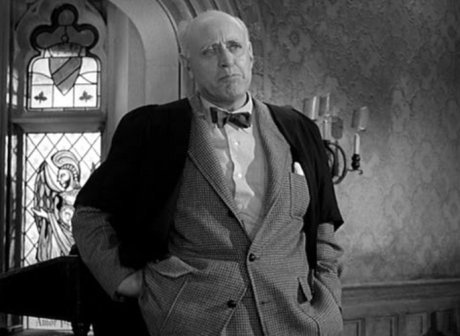 Left: 'The Pattern Was Set And The World Divided' (2008) by John Squire. This artwork takes its title from the beginning of term speech delivered by Professor Potter (Alastair Sim, right) in School for Scoundrels. This clip features in Episode 2 of the Adam Curtis documentary, The Trap: What Happened to Our Dream of Freedom.


The Treasure of the Sierra Madre 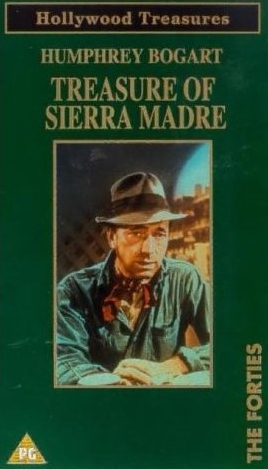 The Treasure of the Sierra Madre.

"The song 'Fool's Gold' is about greed. Have you seen 'Treasure of the Sierra Madre' with Humphrey Bogart ? Three geezers who are skint and they put their money together to get equipment to go looking for gold. Then they all betray each other. They all end up dead, don't they ? That's what the song is about. It's dead right man. But that song is history for us now."
(Melody Maker, 9th December 1989)

Actually, he says, the song Fools Gold anticipated their future. "See, I wrote that based on that film The Treasure of the Sierra Madre, which tells a story of the music business and what man is and all the temptations that's put in front of him. These three guys who've got fuck all go prospecting for gold. They put a penny each in and get a spade and a sieve and after a while they've put so much graft in and they've had no sleep and they're filthy dirty and they're sleeping rough but each man's got a little bit of gold under his pillow, and then he thinks, 'Shit, that man's gonna come and try and rob my gold. Fuck, I better slit his throat in case he actually does. Actually, I might have his piece because I worked a bit harder than him. I was the one at the top of the mountain when he was only doing the cooking'. And that's how it becomes ..."
(Ian Brown speaking to The Guardian, 23rd September 2005) 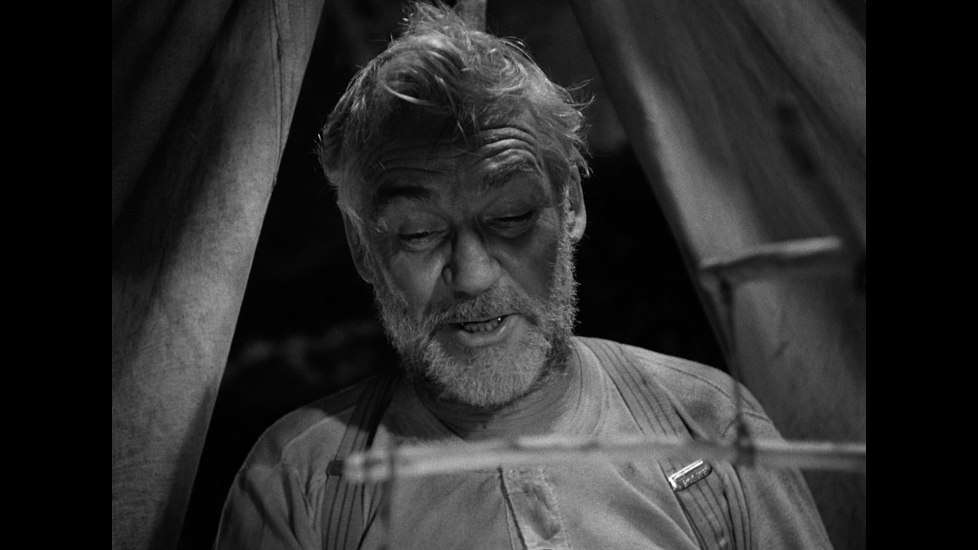 You're weighing the gold, I'm watching you sinking...

This John Huston classic, starring Humphrey Bogart, is a story of greed, paranoia and betrayal among gold prospectors in Mexico. Two American down-and-outers (Humphrey Bogart and Tim Holt) in 1920s Mexico hook up with an old-timer (Walter Huston, the director's father) to prospect for gold; the old-timer accurately predicts trouble but is willing to go anyway.


Triumph Of The Will 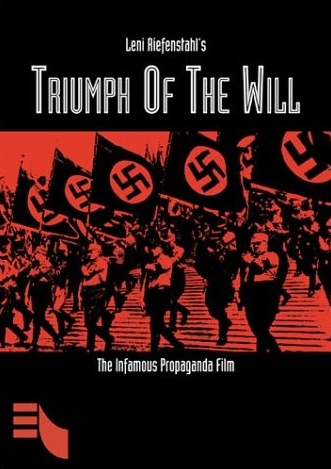 Triumph Of The Will.

This Leni Riefenstahl documentary and propaganda film, chronicling the 1934 Nazi Party Congress in Nuremberg, is referenced on the John Squire track, Marshall's House. The theme of the film is the return of Germany as a great power, with Hitler portrayed as a Messianic figure destined to bring glory to the nation. Riefenstahl's techniques, such as moving cameras, the use of telephoto lenses to create a distorted perspective, aerial photography, and revolutionary approach to the use of music and cinematography, have earned the film recognition as one of the greatest propaganda films in history. 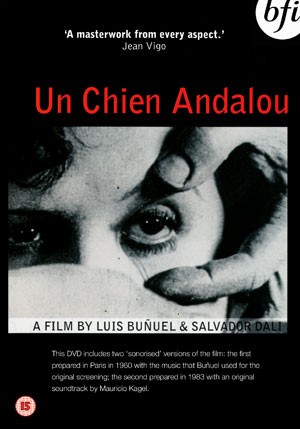 This surrealist short film inspired the John Squire b-side, See You On The Other Side. 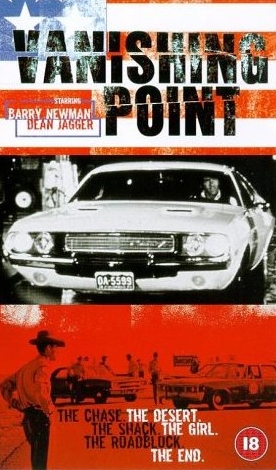 Primal Scream's 1997 Vanishing Point LP, the first to feature Mani, is named after and inspired by the 1971 film 'Vanishing Point', essentially Easy Rider on four wheels. A track from the album was named Kowalski, after the character from the film; the track also featured samples of Super Soul's "last American hero" speech from the film:

"This radio station was named Kowalski in honour of the last American hero to whom speed means freedom of the soul. The question is not when he's gonna stop, but who is gonna stop him. There goes the challenger being chased by the blue blue meanies on wheels. The vicious traffic squad cars are after our lone driver. The last American hero, the electric centaur, the demi god, the super driver of the golden west. Two nasty Nazi cars are close behind the beautiful lone driver. The police number are getting closer, closer closer to our soul hero, in his soul mobile. Yeah baby, they're about to strike. They're gonna get him, smash him. Rape the last beautiful free soul on this planet."
(Super Soul, Vanishing Point)

"It's always been a favourite of the band, we love the air of paranoia and speed-freak righteousness. It's impossible to get hold of now, which is great ! It's a pure underground film, rammed with claustrophobia."
(Bobby Gillespie speaking to the NME, 3rd May 1997)

The film is notable for its American Southwest scenery and its social commentary on the post-Woodstock mood in the United States. It was one of the earliest films (following on the example of Easy Rider), to feature a rock music soundtrack.